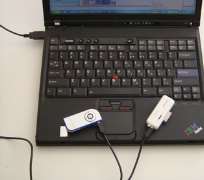 By Efem Nkanga, James Emejo in Lagos and Chinwe Ochu in Abuja

The damage to the mainstay of Nigeria's terrestrial internet service provision, SAT3, has disrupted businesses in the private and public sectors across the country.

The unavailability of internet services disrupted banking and telecoms services yesterday as most banks could not meet their obligations to their customers.

Telecoms operators as well were not left out as their operations were also impacted negatively.

The SAT-3 cable facility is a key communication infrastructure that links Nigeria with the rest of the world.

Phone companies and internet providers who depend on the facility could not have access to the facility, making it impossible for them to service their customers.

Most of the affected businesses offered either skeletal or no services at all, with many of them scrambling to look for alternative internet support for their operations.

In Abuja, activities at ministries, the National Assembly, banks and private media houses practically came to a halt as difficulties were encountered in internet connectivity.

MTN, the leading telecoms operator in the country, in a statement, disclosed that the company was experiencing challenges with access to international bandwidth, leading to service disruption to some of its international data and internet-based services as a result of the damage.

The statement, signed by the Corporate Services Executive, Mr. Wale Goodluck, read: “We are experiencing some challenges with access to bandwidth which carries a very large portion of our international voice and data traffic out of the country.

“While the cause of the problem is still being investigated by our service provider, the immediate consequence is that our international traffic will be affected.”

He said specifically, MTN subscribers who make international calls might experience difficulties as the firm anticipates congestion on the international route.

He also added that call quality might also be noticeably affected as the company had resorted to the use of satellite, while exploring other options.

He stated that subscribers who use MTN's Fastlink data cards or mobile internet via 3.5G or GPRS, Blackberry users and Enterprise customers, who use the company's fixed broadband internet, would also be affected.

He said while the submarine cables were owned and maintained by a third party, MTN had ensured that all available resources were mobilised to ensure that a solution was found.

He estimated that “based on available information from our service provider, the repair work may take up to 10 days”.

In the meantime, he said MTN was exploring other alternatives to provide some of the services adversely affected, adding that more alternatives were being sought to ease the difficulties that the situation had caused.

THISDAY had reported yesterday that 70 per cent of Nigeria's internet capacity was disrupted by the damage which would last 10 days.

The Chief Technical Officer (CTO) of Suburban West Africa, Mr. Anil Verma, had in a statement disclosed that the damage was a “temporary setback”.

He said it was unfortunate that the SAT3 submarine cable is currently the only active cable system available to West Africa.

The CTO said: “While we have built redundancy on the terrestrial leg of our fibre optic network that delivers services to customers, there is vulnerability on the landing cable deployed into each country. Our network is currently routed into Nigeria through the Benin Republic, which is the landing station we are connected to.

In the eight years the SAT3 service has been available, this is the first time there has been an outage on the Benin landing cable.

“There have been outages on the actual SAT3 submarine cable itself, but not the Benin landing cable. The SAT3 cable is built with redundancy, which is why there has been minimal downtime in other outages, but with this outage being on an isolated landing cable, we will have to wait for the SAT3 consortium to send one of their cable maintenance ships to Benin to fix the problem. This is expected to take approximately 10 days.”