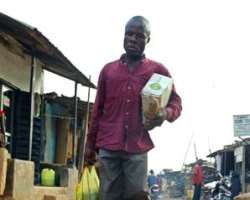 By Nneka Nwanganga, Abuja
With power generation at an all-time low and the oil pro ducing Niger Delta in the throes of crisis, Nigeria's main opposition Action Congress (AC) Sunday called for an unspecified urgent action to help save Africa's most populous nation.

``The time may have come for all good men and women to come together to find away, within the country's democratic system of government, to rescue Nigeria and her democracy from the grip of the political neophytes and selfish folks at the helms,'' the party said in a statement obtained by PANA here.

It described the power situation, hard hit by the activities of the oil militants who have cut critical gas supply pipelines, as comatose, while it said infrast r ucture was non-existent and insecurity of lives and property growing.

``In the midst of all this, there seems to be no governance going on at the federal and other levels, with very few exceptions including Lagos state,'' the party said.

It said with the (ruling) Peoples Democratic Party controlling the levers of government in Abuja and most states of the federation, ''it is time for the dying be hemoth to own up to its inability and incapability to lift Nigeria and her people out o f the doldrums and give up!''

AC also criticised President Yar'Adua for alleged failure of leadership, saying ``with over two years in the saddle, President Umaru Yar'Adua, of course an offs p ring of the behemoth, has finally run out of excuses for non-performance. Never befor e has a nation so endowed been so held back by mediocre leadership!''

``Concerning the critical Niger Delta issue, one of the items on the President's seven-point agenda - a non-starter - the situation is worse today than it was when President Yar'Adua assumed office. An ill-informed military offensive has ruined the chanc e for a peaceful resolution, as the nation's oil production has fallen by over 300,000 barrels per day within the space of a few weeks due to militant attacks on key oil facilities.

``The so-called amnesty offered by President Yar'Adua has proved to be too little too late. Perhaps, it will net a few tired criminals who will make a show of surrendering some dug-up, rusty AK-47s and some spent bullets, while the largely-intact milit ants continue to nibble away at the country's oil infrastructure,'' the party said.

AC did not spare federal legislators, state governors and council officials, all of whom it accused of incompetent leadership.

''Of course...the mediocre federal lawmakers cannot be exonerated as they have only been making laws for their own comfort, while totally oblivious of the growing hopelessness across the land that God had imbued with milk and honey,'' the party said.

``In the midst of this ruin, the prognosis for a better tomorrow is grim indeed. This is because even the electoral reforms promised by the President at his inauguration is now dead on arrival. With no hope that future elections can help sweep away the pret enders from power, where does the country go from here?'' AC asks.