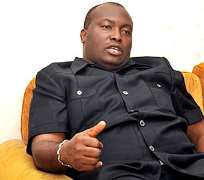 SAN FRANCISCO, October 09, (THEWILL) – Chief Ifeanyi Uba, the Chief Executive Officer of Capital Oil has been taken into custody and is being grilled by officers of the Police Special Fraud Unit, Milverton Close, Ikoyi, Lagos, following his company’s indictment in the fuel subsidy scam, where billions were siphoned from taxpayers.

The businessman was booked this afternoon.

The House of Representatives in its report on the fuel subsidy regime listed Capital Oil as one of the oil companies to be investigated for its role in the alleged scam.