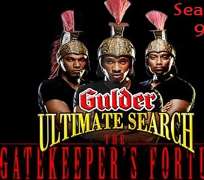 UYO, September 03, (THEWILL) – The Akwa Ibom State government has promised to give a good account of the state when it hosts the 2012 Gulder Ultimate Search 9.

Speaking in Uyo, Commissioner for Culture and Tourism Clement Bassey described the choice of the state as host as a development that would boost tourist attraction to the state.

“Over the years, we have identified tourism as a key sector of the economy of the state and our hospitality initiative is not in doubt,” he said.

“The choice of Usaka Beach in Obot Akara is good because of the unique features and topography of the area. Our governor has succeeded in turning things around within his few years in office, as the state is now a destination of choice in the country.”

He noted that a company of Nigerian Breweries PLC’s standing must have considered high parameters, which the state thankfully fulfilled, in arriving at its choice.

“Gulder, with the choice, has helped to build the tourism drive of the state government,” he added. “We are glad that Gulder is helping us drive the tourism sector through the Gulder Ultimate Search. The participants are all going to have an exciting experience.”

The commissioner promised that the state government would make the roads leading to Usaka Beach motorable before the commencement of the event, in furtherance of the determination of the state to give its best treat to the guests.

Winner of this year’s contest, tagged The Gate Keeper’s Fortune would receive a whooping sum of N9m (the highest ever since the event debuted many years back), a brand new SUV and a N500, 000 ‘swagger’ allowance.