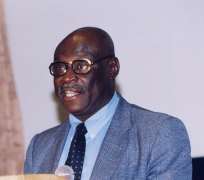 Due to the interested generated by an article written by Ijeoma and published at our widely read website on the ordeal of a staff of the Nigerian Embassy in Caracas, Venezuela, we have made several efforts to the Ministry of Foreign Affairs to get their own side of the story but no positive reactions. All we are told is that the matter is being handled by the appropriate authorities.

As of today, 27th of July 2012 made it 9th day, Dr. Ajayi was kidnapped on his way back from United States of America in an attempt to forcefully deport him to Nigeria but on interrogation; the Venezuelan immigration authorities discovered that Dr. O.A. Ajayi had legal resident permit till October 2012 and he had no criminal records of criminal watch on his person in the country.

There was a standing order that he should not be allowed into the country by the Nigerian Ambassador to Venezuela; Ambassador Felix Oboro who claims that he is no longer a staff of the mission.

Since his arrest and detention; efforts to get him released by the wife by approaching the Justice ministry has been rebuffed by Ambassador Oboro who has given false information to the authorities about the real reason why Ajayi left Venezuela to America.

Why can't the ministry send such important message through the Venezuelan Embassy in Abuja to their government if they are serious to see Mr. Ajayi released from detention after nine days now.

Why can't the ministry send a team of senior officers to Venezuela to resolve the crisis instead of resolving to humiliation of this nature to deal with a senior diplomat? Is anyone afraid that Mr. Ajayi will spill the beans if a team goes to Venezuela?

In our investigation, President Jonathan is not being told the truth of the situation. It is therefore time for him to overhaul the Nigeria Embassy in Venezuela and the leadership of the Ministry of Foreign Affairs if Nigeria will be relevant in international politics.

The first step is the removal of Ambassador Oboro who has not performed since 2008 and who probably carries letter of credence signed by late President Umuru Yar 'Adua.

Part of the weak and untenable information from the Foreign Ministry in Abuja is that Mr. Ajayi retired from the service in July 2012; if that is true, it is not even the end of the month of July and his family and belongings are still in Venezuela. Should he not be allowed to pack his things to return to Nigeria? In the same mission in Venezuela, an officer who retired earlier in March 2012, on the orders of Ambassador Oboro is still in the mission in Venezuela. Why the double standard? And why are the foreign Ministry not reacting to these allegations if they are not true?

Investigations show that Mr. Ajayi still have valid visa till October 2012 so what is the real reason why his been held despite the fact that he is not a drug dealer or committed any other offense against the host country?

We are reliably informed why Ambassador Oboro wants Mr. Ajayi out of the country may not be connected to two controversial local staff that he has been directed from Abuja to dispense off their duties but the Ambassador refused till date. Rather he is mounting pressure on the Venezuelan immigration to deport Mr. Ajayi on the grounds that he owes rent to the landlord. Allegations that is also untrue and unfounded.

The family is calling on well-meaning Nigerians to intervene on behalf of their father who is languishing in detention without proper medical care and kept in mosquito infected room.