DRAMA OF A NATION 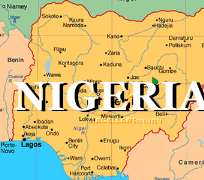 For most Nigerians, the unfolding drama of a nation engulfed in the throes of rebirth has become the standard fare. In this absorbing entertainment of unequalled capacity the scenes rapidly roll down with the furious intensity of Gurara falls. All of it tragic and heartbreaking, rather than amusing. Mixed with anger, gloom pervades the nation-space in ways the citizenry has never experienced. It’s grim, toxic and disabling – a shattering taxonomy of dread whose prognosis is wrapped in forbidding omen. Under the current contaminated atmosphere of degeneration, those who categorise Nigeria as an irrefutable “basket case” are certain to earn a decisive approbation of disinterested observers, whether here or yonder.

With a President that has sounded a note of warning to his people that he doesn’t “give a damn” at the helm of affairs, it bears no repeating that the range of decay is already on the track of relentless expansion. And there is a slew of evidence to this effect. Make no mistake, even President Goodluck Jonathan’s greatest benefactor, former President Olusegun Obasanjo, whose incredibly egotistic and deluded administration went a long way to feed the lack of vision seen in the two administrations that succeeded him, now sees misery all around him, instead of the much touted hope he foresaw during his time in office.

At the 40th Annual General Meeting of Manufacturers Association of Nigeria in Lagos recently, Obasanjo practically scoffed at the 7.5% growth rate being claimed by the Jonathan administration. He told his audience that with poverty level rising to a “worrisome” 69% in 2012 as against 38% in 2007 when his tenure ended, this government needs to further explain the growing GDP figure it’s bandying about. Emphasising that “something is wrong somewhere,” Obasanjo said the persistent rise in poverty rate puts a definitive lie to the official growth rate. It’s the kind of criticism he would not take kindly to while he was in office. Were he the one at the receiving end this moment, he was bound to promptly deploy his gang of irascible spokespersons to counter such a telling confutation with all the combative feistiness they could muster.

But Nigerians need not worry themselves about how the ex-president feels about the economy. That is for him and the man he foisted on them to settle. In any case it’s a family affair, to borrow the language the ruling PDP often use to bamboozle and shut out the people in any contentious matter involving its members. In the past thirteen years, the party has built and sustained governance on the podium of impunity and deception which Obasanjo himself constructed, nurtured and protected. So if the Jonathan administration now churns out questionable figures with regard to the status of the economy, be sure he’s simply being true to type. It’s impossible for Mr. Jonathan to rise above the character of his party. Retailing falsehood is in the DNA of PDP.

The art of falsehood was sufficiently displayed during the doomed debate on petroleum subsidy. Agents of government and PDP swore that subsidy existed and that if not withdrawn outright the economy would collapse in no time. It has since turned out from investigation that there was no subsidy at all on the product, and that what they call subsidy was a massive, well-orchestrated swindle involving trillions of naira being paid to friends of those in government and supporters of the party. And even after this fact came to light there was no remorse of any kind, whether in terms of apology to the Nigerian people or in terms of any concrete effort to first stop the organised stealing going on in the oil sector, and then round up the perpetrators and bring them to justice.

In response to constant straightforward criticisms from the public that the anti-corruption battle is yet to take off in the real sense, President Jonathan recently insisted through a statement by his Special Adviser on media, Dr. Reuben Abati, that he remained tough on corruption. However, his body language, as most Nigerians read it, points to the contrary. And he has affirmed this by stating bluntly that he would not for any reason make his assets known to the public. This only helps to indicate to the public where he and his administration stand on the issue of corruption.

Though he made an ineffectual show of sacking the management and board of Nigerian National Petroleum Corporation (NNPC) on the eve of the official retirement of some of them, it ends there. Yet a man who is out to fight corruption ought to follow up with a process for securing punishment for those involved in wrongdoing. Without this, how do you deter future transgressors? And what about omitting from the sack Diezani Allison- Madueke, the chairman of the citadel of sleaze who also doubles as the minister of petroleum resources? New appointments have since been made in NNPC but they fall far short of public expectations. For those fascinated by clichés, they are likely to recall that in successive PDP administrations since 1999 the more things change the more they remain the same.

In this sense, the oil subsidy report submitted by a committee of the House of Representatives effectively becomes hostage to the destructive politics of the ruling party. Swamped by allegations of bribery by billionaire businessman and PDP funder, Femi Otedola, against chairman of the committee, Farouk Lawan, PDP backers whom the report mostly identified as the guilty parties in the subsidy rip-off are beginning to work hard to render the report unimplementable. One by one, they are heading for the courts, and in a country where the judiciary is already neutered by elite corruption, the futility of the report should not be in doubt.

To all intents and purposes, the oil subsidy report is heading nowhere but the dustbin, no thanks to the promoters of the theory of “family affair.” Now the masses are beginning to get the hint. In no time, bottled-up frustrations are starting to morph into unplanned anger, which must now be co-ordinated for a direct confrontation with the wilful band of predatory forces of greed and plunder.