Her Confession Bothers Me 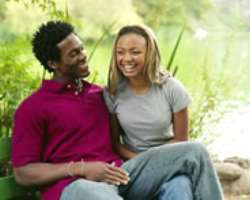 I've been in a relationship with a young lady for the past eight months and so far all the signs have been positive. She is sociable, hardworking and affable. I do love her a lot.

She has told me a lot about herself and she tells me about men who propose love to her and anybody we meet when we are together is introduced to me. So far she has been very open with me, or so I thought.

Recently, I decided to find out more about her, that is, if she has secrets she is keeping from me, so I told her that we are both going to tell each other everything that has ever happened to us. I therefore set the ball rolling by telling her about all my past relationships.

Encouraged by my openness, she also told me about a man in her neighbourhood who once raped her when he sent her to buy him something and she took it to his room.

I was deeply upset by her confession because I have seen the man in question a couple of times and he talks to her. I asked her to report the man's action else I'll end the relationship with her. I told her that if she went ahead and reported his action, it would prove to me that it was not a consensual relationship.

She wept a lot but refused to report the man to the authorities explaining that it would greatly embarrass her to do so. She said that was why she failed to report it when it happened some years ago.

Nana, it's impossible for me to forget about it and worst still, I'm now very suspicious of her. I have the nagging feeling that the two are still seeing each other because they still communicate with each other.

What should I do?

Dear John,
It is unfortunate that your girlfriend failed to report the alleged rape to the police when it occurred. Now, there is very little that can be done to bring that man to book because as it is, it will be her word against his because there is no supporting medical evidence to prove her case.

Her reasons for keeping the alleged rape incident, if it did happen, may have been to avoid the embarrassment and the stress of a trial.

That also may explain why she kept it from you until you made her believe she could trust you with her secret. I think you should accept her explanation of fearing embarrassment and do your best to put the unfortunate incident behind you.

Meanwhile, you may also try to satisfy yourself that she is telling the truth by keeping your eyes widely open and your ears to the ground. If they are having an affair, and she is lying to you, you are likely to find out sooner or later.