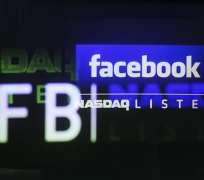 Facebook Inc is on the preliminary list to join the Russell 3000 index, according to Russell Investments on Monday.

Facebook will be the largest addition to the index in market capitalization. The social network giant made a market debut in May. Among other IPO additions to the Russell 3000 are software maker Splunk Inc and financial services provider EverBank Financial Corp.

"Russell's index reconstitution reflects the market decline over the past year. That said, returns have been far from uniform," said Steve Wood, chief market strategist for North America at Russell Investments.

"Even as the flare-up in the euro zone crisis, China's slowdown and relatively soft U.S. economic data have weighed on investor sentiment in recent weeks, the global markets showed resilience when viewed over the course of a year. Furthermore, Russell Indexes reflected diverse returns and decreased correlations across global markets in the last year, reinforcing the importance of a well-diversified global multi-asset portfolio approach."