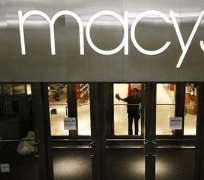 Several top retailers reported stronger-than-expected sales in May, as shoppers overcame growing anxiety about the U.S. economy and the job market.

Victoria's Secret parent Limited Brands Inc said on Thursday that sales at stores open at least a year had risen 6 percent in the four weeks ended May 26. The report came the day after department store chain Macy's Inc posted a 4.2 percent increase. Both companies beat Wall Street forecasts, according to Thomson Reuters I/B/E/S.

Many analysts had warned that May sales might suffer because an unusually warm spring in much of the country prompted many shoppers to make clothing purchases earlier. Still, many chains benefited from the timing of Mother's Day -- this year it fell on May 13, five days later than last year.

Fred's Inc and teen retailer Zumiez Inc were among the other chains to report higher-than-expected May sales, while home furnishings chain Pier 1 Imports Inc said its same-store sales for the first quarter ended on May 26 had risen 7.2 percent.

Still, concern about Europe's debt crisis, slow job creation and a 6.1 percent drop in the Standard & Poor's 500 weighed on shoppers' spirits in May.

A report on Tuesday from industry group the Conference Board showed consumer confidence had fallen in May to its lowest level since the start of the year, marking the third month of declines and prompting some executives to sound a cautious note about the coming months.

"We recognize that 2012 will have more headwinds, a lot of concerns relative to Europe in the markets, volatility," Saks Inc Chief Executive Officer Steve Sadove told shareholders at the luxury retailer's annual meeting on Wednesday.

But at the same time, U.S. shoppers got a break in the form of lower gas prices.

Excluding Rite-Aid Corp and Walgreen Co, which report their sales next week, Wall Street analysts are projecting May same-store sales for 20 top chains to be up 3.6 percent.

According to National Retail Federation data, May is the fourth-biggest month of the year, bolstered by Mother's Day and the bridal season.