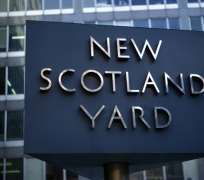 One Scotland Yard detective and three former officers have been arrested in connection with claims that serving anti-corruption police were bribed.

The suspects are being held in custody while enquiries continue. A London business office was also searched.

The Metropolitan Police said the arrests were made as part of a planned operation set up in October 2011.

It comes after MPs were told about claims that payments had been made to anti-bribery officers.

The internal investigation was launched at the request of the Independent Police Complaints Commission last year.

Police said one suspect, a 45-year-old detective constable, is being questioned on suspicion of providing information about Nigerian fraudster James Ibori in return for cash.

Ibori, the former state governor of the oil-rich Delta region in Nigeria, was a corrupt official who stole hundreds of millions of pounds from his homeland.

He was sentenced to 13 years imprisonment last month after pleading guilty to laundering millions of pounds in the UK.

Two former officers - now private investigators aged 53 and 58 - were arrested on suspicion of bribery as part of a "pre-planned operation that forms part of a long and complex investigation by the directorate of professional standards (DPS)", the Metropolitan Police said.

The DPS had referred the claims to the Independent Police Complaints Commission in October 2011, and the IPCC agreed to supervise a DPS investigation into the allegations.

A fourth man was arrested on suspicon of bribing a police officer after he attended a south London police station by appointment on Wednesay. He also remains in custody.