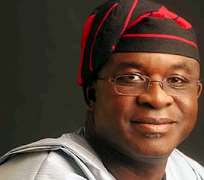 ABUJA, May 22, (THEWILL) - The Senate on Tuesday turned down President Goodluck Jonathan’s request to sack a member of the Federal Character Commission, Alhaji Muhammadu Ari Gwaska.

Instead, the upper chamber resolved to further hear Gwaska out, at least to provide him the platform to state his side of the story.

Jonathan, in a letter to the Senate, asked for the removal of Gwaska, who hails from Nassarawa state, citing reasons such as consistently refusing to respect lawful directives, absenting himself from duty without authorisation, unlawfully retaining two official cars and strategic official files of the Commission in his private custody.

“He has remained unwilling to subject himself to constituted authority, thus creating an unfavourable atmosphere for the Commission, which may encourage rancour in the system, with its attendant negative effect on the efficiency and service delivery.”

Signs that the request would not get smooth passage emerged when the Senate split over whether it, having resolved into a committee of the whole, should accent to the president’s wish without an accompanying report of a disciplinary committee to back the sack.

They also disagreed over propriety of second-guessing the compliance of due process of the executive, as some argued that the president’s letter should be trusted to have observed the due process.

However, Senate President David Mark, who finally ruled that the committee on federal character should invite Gwaska to hear his side on the matter, warned against setting a precedence that will cause second-guessing between both arms of government over the observance of due process in such matters.

“There are two basic issues here: the first is, we have a letter from Mr. President; we believe that he has done this thing but we need to confirm it,” he said. “The second is, this letter is enough. We don’t know what the executive has done but they have given us the result. If you ask me candidly, I will say either of the positions will suffice.”

Speaking further, he said: “But I think since the thing will go to Committee on Federal Character and not ethics and public petition, because it is a federal character issue, let them quickly call him and give him an opportunity to express himself and explain his own side of the story.

“But against next time, we have to be very careful, because when we don’t balance it properly. If we are beginning to behave as if when it is coming from the executive, we must doubt it, and when it’s coming from us, and they doubt it, then we have a problem. The arms must learn to trust each other that what they are doing is fair to all Nigerians.”

Earlier in their contribution Senators Enyinnaya Abaribe, Abdul Ningi, Barnabas Gemade, James Manager had called for the Senate to comply with the request.

“I do not think that this Senate can doubt that the president will take such a position without due process,” Abaribe said. “If we have not got the report, it does not mean it does not exist. This is the first time we are dealing with an issue like this. If we don’t deal with this matter, we will be tying the hands of the president and second-guess what is happening in the executive arm. I don’t think we have to second guess the president. When we, as a Senate, communicate to the executive, he does not second-guess us.”

“The principle of fair hearing has to be applied before the adoption of the report. I have been in the civil service and I know that people can hate you and report you. You must give fair hearing via a query,” Ngige said. “I don’t mean that the president has no right to sack him but the Senate must do the needful for history sack. The president should have attached a report of the disciplinary committee to show his misconduct.”

He urged the Senate to request for a copy of the disciplinary report that indicted Gwaska, saying the legislators must respect civil service rules.