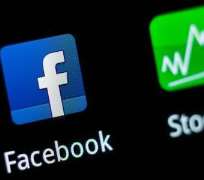 Investors are bracing for Facebook's Wall Street debut on Friday after the world's No.1 online social network raised about $16 billion in one of the biggest initial public offerings in U.S. history.

Valued at $104 billion, Facebook is larger than Starbucks Corp and Hewlett-Packard combined, sparking intense speculation on how much higher its valuation will rise once shares start trading.

"A 15 to 20 percent pop is in the realm of possibility," said Tim Loughran, a finance professor at the University of Notre Dame. "Given they already moved their IPO range up and increased the size, that's bullish to begin with."

Facebook priced its offering at $38 a share on Thursday, but the price could be higher when shares begin trading under the FB symbol on the Nasdaq at around 11 a.m. Eastern Time.

Some expect shares could rise 30 percent or more on Friday, despite ongoing concerns about Facebook's long-term money-making potential. An average of Morningstar analyst estimates puts the closing price for Facebook shares tomorrow at $50.

The IPO, expected to mint more than a thousand paper millionaires at the company, has received wall-to-wall media coverage and sparked hopes of a boom in sales of everything from San Francisco Bay Area real estate to automobiles.

Facebook employees marked the event with an all-night "hackathon" at the company's Menlo Park, California headquarters starting on Thursday evening, a tradition in which programmers work on side projects that sometimes turn into mainstream offerings.

Facebook's 28-year-old founder and Chief Executive Mark Zuckerberg was expected to ring a bell at the company's Silicon Valley headquarters on Friday morning to kick off trading on the Nasdaq.

Founded in a Harvard dorm room in 2004, Facebook has grown into the world's dominant social network with 900 million users.

At $38 a share, Facebook would trade at over 100 times historical earnings versus Apple Inc's 14 times and Google Inc's 19 times.

For all the high expectations surrounding Facebook, the company faces challenges maintaining its growth momentum.

Some investors worry the company has not yet figured out a way to make money from the growing number of users who access Facebook on mobile devices such as tablets and smartphones. Meanwhile, revenue growth from Facebook's online advertising business, which accounts for the bulk of its revenue, has slowed in recent months.

"With mobile usage growth exceeding desktop, monetization in the near term could be reduced given little-to-no ad coverage on mobile, challenged by limited screen sizes," said a report last week from Susquehanna Financial Group.

GM said on Tuesday it would stop placing ads on Facebook, raising questions about whether display ads on the site are as effective as traditional media.