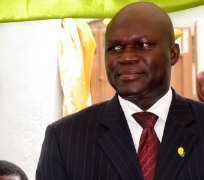 ABUJA, May 14, (THEWILL) - President Goodluck Jonathan has signed the Bill for an Act entitled, Retirement Age of Staff of Polytechnics and Colleges of Education (Harmonisation) Act, 2012, according to a Monday statement issued by presidential spokesman, Dr. Reuben Abati.

“President Jonathan has also assented to the Bill for an Act to further amend the Universities (Miscellaneous Provisions) Act No. 11, 1993,” the statement further announced.

“The new Universities (Miscellaneous Provisions) (Amendment) Act, 2012, limits the tenure of principal officers of universities to a single term of five years, while increasing the compulsory retirement age of staff in the professorial cadre and non-academic staff in Nigerian universities to 70 and 65 years respectively.”