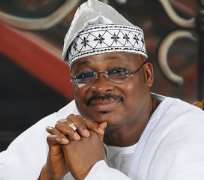 IBADAN, May 13, (THEWILL) - Mr. Dele Ige, younger of brother of late former Attorney General of the Federation and Minister of Justice, Chief Bola Ige, has died.

A lawyer and contractor, Dele passed on Saturday morning in Ibadan at the residence of his nephew, Akin Ige, who was marking his 60th birthday.

The 70-year-old reportedly slumped minutes before he would have delivered his speech at the occasion. His death was confirmed at an unnamed hospital at Ring Road, Ibadan, where he had been immediately rushed to.

Until his death, he was the chairman and proprietor of Tilbury Construction Company.

Oyo State governor, Senator Abiola Ajimobi leads the line of top political and government figures primed to pay tribute to the late Ige, describing his passing away as devastating.

“It is with rude shock that I received the death of Chief Dele Ige, the brother to our revered uncle, the late Chief Bola Ige. He was a highly principled person who held tightly to his belief,” a statement issued by his special adviser on media, Dr. Festus Adedayo, said.

“It is on records that although he didn’t share the same political ideology with his late brother, he, however, shared some of his ideals, which bound them together as biological brothers and members of the same family. He will be sorely missed.”