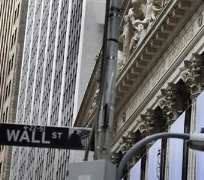 More volatility could be in store for stocks next week as investors grapple with less certainty about the economic outlook and a new blow to the financial sector after JPMorgan Chase's (JPM.N) trading loss.

Europe is expected to keep investors jumpy as well, with inconclusive results from the recent Greek election and the country's future appearing more worrisome.

The economic picture appears cloudy these days, with some data showing a more positive trend and other reports showing the opposite. An index of consumer sentiment rose to its highest in a more than four years, but last week's jobs report showed another monthly decline in hiring.

Next week brings minutes from the last Federal Reserve meeting, which investors will look to for more guidance on whether the central bank plans to give additional help to the economy.

Stocks closed lower for a second straight week on Friday after a week of choppy trading. Strategists say that's likely to be the case again in days to come.

"Expect more volatility. We're still seeing this natural risk aversion. We expect any source of bad news to trigger a sell-off, but we're still not in a red-alert area," said Omar Aguilar, chief investment officer of equities for Charles Schwab in San Francisco.

"The good economy in the U.S. is leading the way, with the Federal Reserve being very accommodating."

Citigroup's chief U.S. equity strategist, Tobias Levkovich, said the market has likely begun a pullback, and that the Standard & Poor's 500 index .SPX could fall 5 percent to 7 percent from its April 2nd intraday high of 1,422.

News that JPMorgan Chase & Co (JPM.N), the largest U.S. bank by assets, lost billions of dollar on bad trades raised fresh worries that the financial sector was not on the mend. The KBW bank index .BKX fell 1.2 percent for the day.

There's likely to be more focus on the company next week. After the close of trading, Fitch Ratings cut JPMorgan's credit rating one notch and cited the bank's $2 billion trading loss, and Standard & Poor's revised its outlook of JPMorgan to negative.

The S&P financial index .GSPF has lost ground since rallying 21.5 percent in the first quarter. The index is still up 13.6 percent since the start of the year.

MESSAGE FROM THE FED
Wall Street will scrutinize the minutes from the FOMC's late April meeting, which the Fed will release on Wednesday at around 2 p.m. Eastern time.

At that April 24-25 meeting, the FOMC repeated its expectation that interest rates would not rise until late 2014 at the earliest, and it took no action on monetary policy.

But Federal Reserve Chairman Ben Bernanke spurred stock market gains when he told reporters on April 25 that "we remain entirely prepared to take additional balance-sheet actions as necessary to achieve our objectives. Those tools remained very much on the table and we would not hesitate to use them, should the economy require that additional support."

More focus may be on the Fed and economic data next week, with the first-quarter U.S. earnings period nearly done. Ninety percent of S&P 500 companies have already reported results.

Major retailers set to report earnings next week include Home Depot (HD.N), a Dow component, and JC Penney Co. (JCP.N), both on Tuesday, followed by Limited Brands (LTD.N), parent of Victoria's Secret, and discount chain Target Corp (TGT.N) on Wednesday. Wal-Mart Stores, Inc (WMT.N), the world's largest retailer and a Dow component, is set to report earnings on Thursday before the opening bell.

The week's mostly closely watched economic indicators will include the U.S. Consumer Price Index and retail sales, both for April, on Tuesday, followed by April housing starts and April, industrial output and capacity utilization, all on Wednesday.

In Europe, problems with the Greek elections raised the risk of it exiting the euro zone.

"I think earnings and valuations are still very compelling. Unfortunately, what we're looking at on earnings and valuations is going to be overshadowed by the fact that we've got these global issues we're dealing with: Greece and France and their elections, and debt issues and the possible breakup of the euro," said Evan Nowack, managing director at HighTower's Leventhal Group in Bethesda, Maryland.

BEARISH PATTERN
Technical charts indicate bearishness ahead.
"My 'bigger picture' view is that in the near or intermediate term, further downside is favored," said Chris Burba, short-term market technician at Standard & Poor's in New York.

S&P 500 charts are showing a "head-and-shoulders top," he said, noting that demand earlier this month was not strong enough to push the benchmark index above its April high.

"The outlook stays bearish unless you get above 1,415," Burba said.

(Wall St Week Ahead runs every Friday. Questions or comments on this column can be emailed to: caroline.valetkevitch(at)thomsonreuters.com)