Celebrities get set for TOBI's May 18, premiere 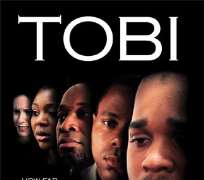 A good number of entertainment celebrities both at home and in the Diaspora have expressed their excitement at the Nigerian premiere of TOBI – a movie shot in the U.S.

Some of those expected to grace the red carpet include Bryan Okwara, Desmond Elliot, Muma Gee, Daniel Ademinokan, Monalisa Chinda, Omoni Oboli, Crozz, Emem Isong and other prominent faces from the movie, music and modeling arms of Nigeria's showbiz empire.

The movie has been scheduled to premiere in Nigerian cinemas on May 18, 2012 at Ozone Cinema in Lagos, Nigeria.

The movie centers around the life of 21-year-old Tobi Akinola (Mark Lavan Williams) who deviates from the upright path his parents (Chet and Chisom) once guided him along and yields to the tempting antics of the dark side; giving in to the allure of a gangster life… and then a grave mistake occurs on the streets, which threatens his very existence.

His brother, (Jimmy Allen); a handsome and outstanding lawyer is torn between loyalty to his dream firm, 'Lourdes & Myers;' where he has now been employed and defending his brother on the other hand – in a case where Tobi's life hangs in a balance. He must take a stand that would shake the proceedings to its very roots…

The producer of the movie, Emmanuel Ijeh has assured that plans are in top gear to ensure that the Nigerian premiere of TOBI lives up to expectation in every sphere.

TOBI was premiered at Tribeca Cinemas in the United States last year and has done very well; with some veterans in the cinematic field showering encomium on Ijeh.

The movie boasts of the deployment of first class legal battle antics beautifully woven into the court room scenes by Emmanuel (we haven't seen such since the days of Matlock on TV; especially from Nigerian scriptwriters/filmmakers, romance, outstanding production incorporating good storylines, twisty plot, lovely cinematography, non-sloppy editing, powerful sound with its effects cued in at the right time, lighting principle adhered to, a good cast playing their roles with dexterity. It's a thought provoking, socially/morally transforming, intellectually stimulating, visually opulent, captivating and interesting movie set to take the Nigerian box office by storm.