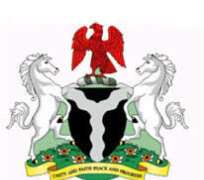 The House of Representatives Ad-Hoc Committee probing the capital market yesterday resumed hearing on the near collapse of the sector. Director-General, Securities and Exchange Commission (SEC,) Ms Aruma Oteh, was grilled by the lawmakers.

She told the panel how a former Director-General of the Nigerian Stock Exchange (NSE), Dr. Ndi Onyiuke-Okereke allegedly spent N1.3 billion on trips, N186 million on Rolex wrist watches and N37 million on a luxury yacht.

She also disclosed how NSE Council and a few members shared N1.7 billion amongst themselves, even as executives of four banks used depositors' funds to buy up over 7 billion units of their shares.

Indicting the leadership of the NSE for the near collapse of the market, she said her commission's inspection report 'showed that important committees such as the Risk and Compliance Committee (of NSE) last met in 2007 while the Disciplinary and Rules Committee last convened in 2005.

She also said: 'N1.7billion of the 2008 operational surplus was distributed to council members and employees in violation of CAMA and SEC rules which preclude the NSE from such, given that the NSE is a company limited by guarantee.

She alleged that 'other notable fraudulent transactions include the re-classification of N1.3billion originally expended on business travels. Of this sum, N953million was re-classified under 'Software upgrade' and subsequently expended as against being capitalized.

According to Oteh, the NSE 'spent N186million on 165 Rolex wristwatches as gifts for awardees out of which only 73 were actually presented to them (awardees). The outstanding 92 Rolex watches valued at N99.5million, remain unaccounted for.

'NSE bought a yacht for N37million and wrote down the book value within one year by recognizing it in the books as a gift presented during its 2008 Long Service Award (LSA), yet there are no records of the beneficiary. These were the kinds of financial imprudence that were perpetrated at the NSE,' she told the pnel

She accused past managements of Union Bank, FinBank and the defunct Afribank and Intercontinental banks for fraudulently using depositors' funds to buy up the banks' shares.

On FinBank, for instance, the SEC boss narrated how its executive in 2008, incorporated 95 companies and used nine of those firms as fronts to buy up N25 billion shares of the same bank.

She decried the activities of 'Wonder banks', assuring that SEC was prosecuting some of their patrons.

Efforts to reach Dr. Okereke-Onyiuke yesterday were futile as calls to her Airtel line were not answered even though it rang severally.

At the NSE where Okereke-Onyiuke was the Director-General for eight years, Daily Sun was informed that the organization could not speak for the embattled former boss since she had left the service for over two years now.

However, a source close to Dr. Okereke-Onyiuke wondered why such allegations are coming up now, saying that they are not new.

'These allegations are not new. They have been bandied about since. If a chief executive officer incurs expenses in the course of her job for the organization, why should her name be dragged into the mud.'

According to the source, Dr. Okereke-Onyiuke worked tirelessly to uplift the NSE, helping the market to hit N15.64 trillion capitalization and bringing in 319 securities from the 19 before her tenure into the market. He said it was also during her tenure that the banking industry raised over N500 billion through the capital market.

Chairman of Progressive Shareholders Association, Mr. Boniface Okezie said instead of raising spurious allegations against the former DG, the current Director-General of SEC should address the root causes of the market collapse and how to restore investors' confidence.