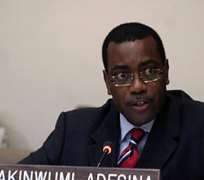 ABUJA, May 02, (THEWILL) - The auditor general to the Federation has queried the Ministry of Agriculture over an alleged diversion of N1.9 billion meant for the purchase of fertilisers.

The query is contained in the 2008 audit report of the office of auditor general, submitted to the Federal House of Representatives Committee on Public Accounts.

The permanent secretary in the ministry, Dr. Ezekiel Oyememi has, however, declared that the money has been refunded.

The House had last week ordered the permanent secretary to produce all documents to evidence the refund of the said amount, as he had claimed.

In a meeting with auditors and officials of the ministry, chairman of the committee, Hon. Solomon Adeola Olamikan asked the permanent secretary to explain how the fund was spent and why it was diverted.

Responding, the permanent secretary explained that the funds were used for the Gurara and Azure Waterfalls Project “and the sum of N2billion was returned to where it was initially withdrawn.”

The permanent secretary was asked to produce evidence of the refund and why N2billion was refunded instead of the initial N1.9billion.

Also, the committee directed that only original copies of bank statements and memos raised during the transaction should be presented by the ministry; and mandated auditors to produce documents on the three tractors alleged to have disappeared between Owerri and Ibadan storage facilities.