RE: APPOINTMENT OF DG,NTA-OUR POSITION 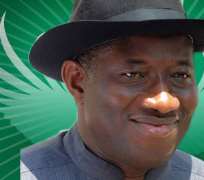 Your Excellency,
We read with dismay the position of NUJ/RATTAWU through an Advertorial in the Punch Newspapers of Tuesday, April 10, 2012 ;signed by the President of both unions. Ordinarily,we decided not to react to the baseless fiction and misleading position of the advertorial, but for the sake of history and posterity which are the perfect judge, we decided to by setting the record straight against the backdrop of the well oiled propaganda machinery of the drawning DG,NTA-Usman Magawata,FABS, FAES, (Sarkin Ra'ayin' kasa Gwandu) who within the last seven months have been described as the worst Information Manager our believed country has produced from Independence to date owing to his leadership style characterized by ineptitude, mal-administration and fanatism.

The truth of the matter is that we are aware of their promoter and sponsor christened (Stooges of DG, NTA) direct and indirect beneficiaries of his largesse loot over the last four years of his administration via provision of employment slots to their Executive during NTA Nationwide recruitment exercise in 2009; donation, sponsorship of their Annual event/ programme, Hotel accommodation from the coffers of NTA resources .etc.

It will interest you your Excellency to know that their position in the said advertorial is not a reflection of the collective aspiration and wishes of the staff of NTA but a smokescreen by their principal promoter and sponsor- Usman Magawata, who has been brandished an Executive Robber by several social network media (both local and international) courtesy of his numerous atrocities.

We vehemently reject their advise that the DG of NTA should be chosen from the top hierarchy of the current Executive Management whose tenure of office will equally be due though subject to renewal at your discretion because Magawata- led administration pioneered the reversal of the conventional norm when he had a then Minister of Information he fed with half truth by recommending career Directors to be elevated as Political appointees – Executive Directors, shortly after his assumption of office.

Casting our mind down memory lane, Magawata was not qualified to pilot the affairs of NTA in terms of professionalism, experience and credibility sake because as Principal of TV College, he killed the College completely as evident by his report of his successor who retired as Zonal Director of NTA Kaduna Zonal Network Centre, Mallam Abdulkarim submitted to erstwhile Board of Management. Similarly, as Executive Director, News the revenue profile of News Directorate prior to the lateral redeployment of Executive Directors in 2006; and as DG, NTA he has only succeeded in destroying the legacies of the duo– Ben Murry Bruice and Mr. Agenda Setter and Point Blank-Tonnie .O. Iredia, PhD; thorough bred professionals of the first class order who transformed NTA from a muster seed to a mighty oak.

On the subject of the present administration having a peaceful and cordial working relationship with staff; its falsehood because Magawata only succeeded in substituting passion and motivation for his egocentric desire. His propaganda in this administration is a mass mind manipulation; a self defence mechanism and a misplaced trust from the locus standing of casual observation and objective view. We unanimously advise you Sir to detail a sprinkle of your trusted aides to conduct a vox pop on the personality, satanic reign of Magawata's tenure of office as DG, NTA; from members of staff discretely and you will be amazed at the shocking and damning revelations you will get as feedback. We respect the discretion of the Presidency on the choice of a credible, competent and knowledgeable candidate to drive NTA out of its underdog position to golden height and will passionate appeal that if at all the position of DG NTA be advertised; the exercise should be handled by Mr. Reform – Steve Oronsaye, FCA-One of the few incorruptible Nigerian alive today whose Magawata corruption bug cannot infect.

The position of NTA today is worst than the “prison of chillon”, as the present crop of NTA staff are no longer glamorous due to poor working environment that is hardly better than an abattoir. Infact, they have become an Nyokabi of the famous weep not child by James Ngugi, who our Literature teachers “often described as a personification of poverty” because of the precarious financial situation Magawata got NTA into through the controversial refurbishment of OB Vans and NTA-Star Times Network consultancy contract .The pensive looks of staff confirms the sad story of mental and social enslavement groaning under nefarious influence of manipulation and oppression from a failure-Usman Magawata which is indicative that a change of baton is desired from Mr. president, since staff are wondering what has become of the oversight function of the Senate Committee on Information and their counterpart in House of Representatives who staff have accused of complacency as they have equally join the bandwagon effect of Magawata's praise singers. This is what Magawata has reduced NTA to -Corruption Incorporation Nigeria Unlimited (An expression of the wickedness and of his corruption drive).

We are not and cannot be deceived by his pretences, because we have seen so many of his kinds before who are sacrificing human lives to sell their draconian policies and radical visions of terror against opposite faith by placing an embargo on every value except his will for power. He is following the path of totalitarianism, fascism, nepotism, tribalism and despotism to secure a re-appointment a feat and jinx not even Bruce and Iredia attained inspite of the unprecedented phenomenal growth NTA witnessed under them. What we are asking is what qualifies Magawata for a second term of office? Is it his extremist views as a fundamentalist, ritual, sorcery, necromancy, voodoo or what? It is morality that a nation can be build, let alone NTA; and not lack of ideas.

We have resolve to direct every resources at our command; to use every instrument of law enforcement, every took of intelligence, and every financial influence at our disposal to prevent his re-appointment and ensure his probe-a self examination of his tenure. And NTA staff have enlisted their support with us by closing ranks and joining forces rather than being with this terrorist and extremist – Magawata and Abubaka- the invisible hand exercising Magawata's power from behind for denying himself the control of his life for the good of NTA, other miscreant around him assisted him for their selfish desires.

Staff of NTA have resolve owing to the bragado of Magawata's aides and kinsmen that he is staging a come back soon by way of re-appointment as DG of the consolidated NTA comprising of NTA, FRCN and VON. They opine that if such ever happen they will not only demonstrate with placards; but will picket NTA and down tools of its operation tantamount to Mr. President desiring the privatization of NTA by loosing it only existing organ of mass communication occasioned by its inability to be self sustaining. Magawata is not the calibre for Mr. President to be entrusted with the affairs of NTA under the on-going transformation agenda for being corruption personified; guided by his personal interest, selfishness and deliberately misguiding the future of NTA due to the manipulation of his kinsmen making NTA to be shadow of itself. It is only where there is no light that nature is permitted to remain dark.

For the records find below are:
Controversial O.B Van contract of N6b inflated to N8.2b with N2.2b kickback already chilling in the bank accounts of his launders within and outside NTA.

N100m staff Relocation Allowance since 2010 to date to propage his Northernization and Islamization agenda of transferring Southern Christians outside Abuja.

Awarding of consultancy contract to Addmore Communications Limited involving NTA Startimes Network Limited, a Joint Venture Company (digital pay TV) owned by NTA and Startimes of China with a professional fee of 10% of the total cost of the $1b at $100m equivalent to N15b at N150=$1

Debt owned to internal contractors over N80m.
Miscellenous Debt owned staff over N50m.
Late payment of monthly salary on the 14th from an income generating parastatal compared(NTA) to non-income generating MDA's contrary to the convention when NTA was the earliest to pay salary nationwide between 19th-22nd on monthly basis during Tonnie Iredia,phd.

Yet to redeem N250m debt owned NTA properties and NTA TV Enterprises respectively which he collected to augment cash at hand when NTA was requested to meet up the 15% down payment of N1.2b for the renovation of the controversial OB Vans.

Debt owned to Hotels over N80m while he takes his numerous mistress to both teenagers; spanners, windows and married for rituals to continue to hold on to power especially staff both male and female.

We are using this medium to call on Mr. president to direct the Anti-corruption agencies to probe Magawata four years tenure as DG NTA who has been greasing their palm as evident in May 2010 when he dole out N100m to Farida Waziri to quash the investigation of his financial recklessness in addition to this commissioning of sorcerers, necromancers and sangoma's to employ satanic divination/enchantment to forestall his arrest, detention, prosecution and conviction from Kebbi, Niger, Osun, Lagos, Kaduna, Kano, Nassarawa and Abuja by himself, Tawakalit Gbadamasi,Abubakar Abdullahi and a host of others.

We shall continue to pray, educate staff and Nigerians alike as well as expose the devilish works of Magawata .While thanking Mr. President for his directive that Magawata take an unceremonious bow out of office and handover in less than 24hours; it goes a long way to show that over the last six months of the on-going struggle as the worst DG NTA has ever produced from inception to date; again, Mr President has sent a strong signal that the voice of the people reigns supreme as the first step in commencing a rigorous process to rid corruption in NTA. Additionally, we also request Mr. President to direct the Civil Service Reform Committee as a matter of urgency to include NTA among the MDA's to be audited if its not part of it (Budgetary allocation and internally generated revenue

The choice of Magawata's successor requires a thorough scrutiny of a seasoned and thorough bred professional to revive, resuscitate and revamp NTA to its past glory, as international media has described it of late as a bench of failure owing to its wind of retrogression. His predecessor ran NTA from 2003 to 2007 without budgetary allocation from internally generated revenue but amazingly in 2012 budget defence Magawata wanted to smuggle the outstanding DMO debt by shifting the burden to the Federal Government to offset the debt for him on behalf of NTA after collecting his kickback of N2.2b (A sack loads of blood money which he has been using to have his ways). This move attracted rife condemnation by some members of the Executive Management as anarchy, unacceptable and insensitivity on the part of Magawata as his injustice to NTA and the Federal Republic of Nigeria has become a threat to justice everywhere in NTA for being a round peg in a square hole; an unacceptable disruption to Presidential reform and transformation agenda,a political anormally and an accident of history.

For and On behalf of NTA Headquarters Integrity Group