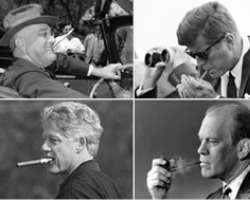 
Smokers should be given anger management lessons to help them give up smoking, a study suggests.

University of California tests on 20 people found nicotine helped calm aggression, but it was more likely from people not wearing nicotine patches.

Researchers hypothesised smokers were more likely to be people prone to anger and said tackling this could be a vital part of smoking cessation services.

NHS stop smoking services said the research would be considered.

Researchers got the participants to play a computer game - once wearing a nicotine-replacement patch and once using a dummy patch, the Behavioural and Brain Functions journal reported.

After each round, the players could give their opponent a burst of unpleasant noise at a duration and volume set by them.

The study found that when the participants were not wearing the nicotine patch they were more likely to react with aggression.

The researchers believe nicotine affects the part of the brain responsible for emotion.

They said the smokers who struggled to quit were more likely to be the ones who found it hard to remain calm, and ended up turning to a cigarette to soothe them.

One in four people currently smokes in the UK - a figure that has remained fairly constant in recent years after decades of falling rates.

NHS stop smoking services use a combination of nicotine replacement therapies and counselling to help people give up, but not anger management sessions.

A spokesman for the Department of Health, which oversees NHS stop smoking services, said: "We will look at this research."

But he added NHS services were already proving successful.

"Smokers are up to four times more likely to quit successfully with NHS support and there are 150 NHS stop smoking services around the country."