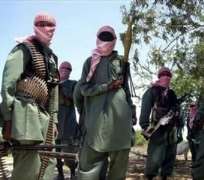 In his recent article, John Campbell writing about the Easter Day suicide bombing of a Christian church in the Nigerian city of Kaduna succeeded in disappointing some of us who have been following his write-ups on Nigerian affairs. (Dozens of people were killed and the Islamic terrorist group Boko Haram had since claimed responsibility for the bombing). The disappointment came from the fact that Campbell wrote an objective article contrary to what he and others have always written; merely speaking as mouthpieces of the Islamic North. This article was refreshing. Please click to follow the link; http://blogs.cfr.org/campbell/2012/04/09/a-bloody-easter-in-nigeria/#more-4618. What some of us are advocating for is that the truth be told and written about Nigeria rather than falsified and sponsored reporting as we currently have it. Those of us in the Southsouth and Southeast political zones of Nigeria are campaigning for separation from Nigeria but we do not want to base it on any false premise.

The current one-Nigeria is based on lies and falsehood so we know firsthand the implications of founding any state on deceit and untruth. No sincere advocate would therefore want a repeat of the same sordid mockery of human intelligence as is taking place today in one-Nigeria in the emerging new states. This is why we constantly advocate that if anyone must comment on Nigeria then they should be honest enough to base their arguments on facts and truth. John Campbell served from May 2004 to November 2007 as the United States ambassador to Nigeria and ever since has remained a regular commentator on Nigerian affairs. But other than some time ago when he rightly and objectively said that the people of Niger Delta have become colonized for the second time in their own land by the Islamic oligarchs of northern Nigeria, he has tended to be biased in his essays on Nigeria. For a long time some of us have held our breath; alarmed and, sometimes quite amused by the display of insensitivity and very lopsided reporting by people like John Campbell, Jean Herskovits, Jon Gambrell and a few other foreign commentators.

On occasions these reporters had gone from the theatrical to sheer ridiculous level of the absurd. Like a people sponsored and recruited to perform as jests in the royal court of the Sultan of the Sokoto caliphate and the rest of the Islamic oligarchs of the Nigerian north, their writing never left anyone in doubt as to where they were coming from. In their haste to carry out an urgent paid-assignment they left very little to hide as they made concerted effort and danced completely naked to the badly rehashed tune of the paymasters. It was very unprofessional. They repeated as if to a bunch of tone-deaf audience the absurdity that poverty and bad governance are responsible for the scourge of Islamic terrorism unleashed on the Christian population of Nigeria.

To write this article I took time to visit the 911 Memorial in New York City. While there I had a sobering mixed feeling of sadness, hope and courage. And I said; no one had any reason to have committed such a premeditated mass murder of the innocent. Then I read some of the courageous exploits of the innocent men, women and children as they struggled to rise out of the ashes of hatred and death thrown on them quite suddenly and unexpectedly. I tried to think but emotions were almost getting the better part of me. I tried to imagine how the men who carried out the hate crime in the name of Islam thought. They lived among Americans for several years, ate American food, drank American water, walked the streets and trained in American schools and all the time planned on how to kill their hosts. And they did. Yet another thing was very impressive; I went outside and saw the American demonstration of faith in life and the eventual defeat of unfounded Islamic fear and hatred. I saw the new buildings defiantly rising out of the ashes and debris of fear and hate; multiple Phoenixes, seven of them in rebirth, gleaming. I left knowing that Biafra, Igbo people, as the new World Trade Center, will eventually rise above the Nigerian/Islamic hatred and become free to live life on their own terms and secure the future of their children in their own Homeland.

The mantra by some Western nations including the United States before now is that poverty is responsible for the Islamic violence against Christians in Nigeria. Linking poverty and bad governance to the Islamic terrorism that has continued to go on in Nigeria against Igbo people since 1945 till date could not have been more callous and insulting of the sensibilities of a discerning world than saying that it is because Osama bin Laden was poor and indigent so he chose to kill Americans. Or to claim that the Nigerian Umar Farouk Abdulmutallab, the millionaire Islamic underwear bomber of the 2009 Christmas Day Delta Flight incident was driven by poverty to kill Americans. Can anyone honestly also claim that poverty is the reason why the Egyptian Muslims are bombing the Coptic Christians in Egypt? Could it have been poverty that made the Egyptian government in league with the rest of the Arab nations to send their pilots to bomb and strafe Igbo/Biafran civilians between 1967 and 1970? In all honesty can anyone claim that poverty was responsible when Great Britain of Harold Wilson and the then USSR sponsored and supplied all the arms and men that Nigeria needed to commit genocide in Biafra where 3.1 million Igbo/Biafrans were murdered between 1966 and 1970?

The honest truth is that poverty and bad governance are not even remotely connected with the Islamic jihad going on in Nigeria. The problem is culture/religious clash. The problem of Nigeria is one-Nigeria. The state structure is wrong. The solution is restructuring; separation of the warring peoples, cultures and religions into independent countries. Let each group determine the way they want to live, worship and be governed in their own separate sovereign entities. Igbo/Biafra people want to get out of the unworkable Nigerian union and establish a separate independent sovereign secular state. The Islamic North wants to separate from Nigeria and establish a sharia state: That is the clear message of Boko Haram and they are entitled to it. The west part of Nigeria wants Odua sovereign state, independent and separate from Nigeria. This truth is simple enough and does not need to be spoken in any complex and sophisticated language to make anyone listen and do the right thing. Human lives are being wasted, for goodness sake.

However, as we write, we see light at the end of the tunnel. With the perceived shift in the reporting of people like John Campbell about Nigeria, it seems little but it is very significant. For some reason the United States State Department and others tend to base their decisions about Nigeria on the opinion of these people so we take them serious. Before now their opinion had been clouded but today it is changing and the world must brace up for the revealing of the big truth and a big change. At last, after a long period of harrowing darkness, death and dishonesty; the truth will now prevail on the reality of the Nigerian situation. Nigeria will now be divided because that is the only viable option.