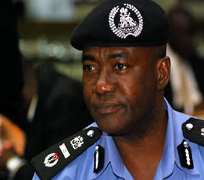 SAN FRANCISCO, April 27, (THEWILL) - Thursday’s bomb attacks at the offices of ThisDay in Abuja and Kaduna were orchestrated by the recalcitrant Jama’atu Ahlis Sunna Lidda’awati Wal-Jihad (otherwise addressed as Boko Haram) because the newspaper had continuously misrepresented its position and exhibited bias in reporting the war against the government, the sect has claimed.

At least six people died and many others were injured in the blasts, which also affected The Sun and The Moment — newspapers that shared offices with ThisDay in Kaduna.

In an interview with Premium Times, a man who identified himself as Abul Qaqa claimed that the attacks were a message to the media that it was fed up with misrepresentations of its position, and threatened more attacks on local and foreign journalists.

“We have repeatedly cautioned reporters and media houses to be professional and objective in their reports,” Qaqa said. “This is a war between us and the government of Nigeria. Unfortunately, the media have not been objective and fair in their reports of the ongoing war; they chose to take sides.”

He listed at least three cases of misrepresentation of facts by the media, the first being the rumour of his capture by the State Security Service (SSS).

“Some reporters are aware that I am Abul Qaqa,” he said. “They know my voice through our long interactions and they also know the role of Abu Darda, who heads the enlightenment committee, and sometimes facilitates interviews. Yet, they go by the unsubstantiated view of government that Abul Qaqa is in custody and that I am the new spokesman or number two.”

He spoke further. “Another issue was the recent kidnappings in the North. We were clear with our position as a group during a teleconference with reporters, but we were shocked the next day when newspaper headlines added a lot of things, which I never said during that interview.”

“Another example is the recent video posted on YouTube by our Imam. I challenge every Nigerian to watch that video again. There is no place our imam either said he will crush President Jonathan or issued an ultimatum to the government in Nigeria; but nearly all papers carried very wrong and mischievous headlines.”

He was also asked why ThisDay was specifically marked for the attacks. “It is not only ThisDay that has been engaging in negative media campaign and fictional stories, and constantly promoting fake stories by the JTF to give an impression that they are making headway against us, yet there is no time the media investigated further as an objective and responsible bystander in this war. But the sins of ThisDay are more,” he retorted.

“They once insulted the Prophet Mohammed in 2001 and we have not forgotten. They recently said our Imam executed me, which is false. Here I am speaking to you; I am alive and healthy.”

Meanwhile, the Inspector General of Police (IGP), Alhaji Muhammad Dikko Abubakar has denied knowledge that the sect claimed responsibility for the bombings.

Speaking in an interaction with newsmen during his visit to the Rivers State Police Command on Friday, he described the attacks as the handiwork of criminals and hoodlums, taking care not to mention any name or group.

“We are talking of criminal elements,” he said. “No matter who did it, they are criminals; they are hoodlums. You can see from the time we took over and the time we were not there whether there is no difference.”

The IGP refused to attribute the attack to Boko Haram despite been reminded by the journalists that the media had reported the sect’s claim of the attacks.

Asked to explain how the Police would forestall further attacks from the sect, he replied, “I don’t know why you are particular about the issue. I intend to fight criminality and crime in this country. But I will not tell you my methodology and strategies of fighting these.”

He disclosed that arrests have been made on the bomb blasts. “We have made arrests and useful information is being taken,” he said. “We are not unaware of these situations. If the situations happened, the necessary action is being taken by the Police and other security agencies. That is to tell you that we are managing the situation the way we should manage it and it is not out of hand.”