MANY GAINS OF THE TRINITY 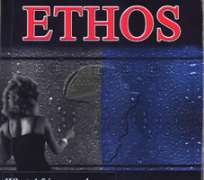 The book, Ethos: What Africa may learn from Trinity, by Tope Apoola has been described by Dion Forster, Dean, John Wesley College, University of Pretoria, as a work of exceptional research, having brought together a rich and varied tapestry of insights from theology, science and philosophy.

The book is of interest to scholars from various disciplines, who wish to be challenged to think deeply and critically about the relationship between religious notions of God and scientific notions of creation as well as the implications of these notions on ethical and moral actions in the society.

The book, Ethos: What Africa may learn from Trinity, is divided into 10 chapters and the author examines topics, such as introduction to concepts, epistemology of discussion, the doctrine and science of Trinity, why some great nations are great, the problem with African nations and the application of theory.

In chapters one to three, the author relates the experiences of a young boy, who stares at the lush landscape from afar but who must wait until he is old enough to go gaming with his father and uncles. All his life, he knows of only a tiny settlement of 10 families as he stares into the forests, knowing there must exist a world beyond but he dared not ask questions because the elders would scold him. He must not seek to know the affairs of the gods.

Here is the age when there is yet no clothing nor farming, when people have not yet discovered that the seeds of corn may spring forth the maize. Yet the little boy synthesises many myths in his mind, growing up to tell his own children about the mysterious power that once saved his life after a snake bite. He evolves a religion in his own heart, basing his new found ethics on a set of speculative principles and truths.

The author writes that the foundations of many great nations of today had been laid in times when sciences were truly one. The plurality of today, though well intentioned, had closed our eyes to the fact that social sciences of today were inspired by natural science. Many of the world's successful nations have their foundations in the works of the players of the enlightenment age, most of whom are surprisingly religious.

In chapters four to seven, the author notes that God has blessed humanity with the knowledge of science and the wisdom to join the seemingly unrelated components of life into one piece. According to the author, religion had shared a precarious relationship with philosophy all through history and now that philosophy appears to have taken the back seat, religion has assumed an even more momentous collision with science than it had done with the former. Nations are left with choosing from an array of discordant ideas with modern adherents of Christianity having seen the course of history, now prefer to abandon the term 'religion' for a more personal and pragmatic word such as 'a way of life.'

A nation will do itself no good by despising a yet to be materialised idea only because it isn't yet tangible or to place premium only on what sounds achievable. In chapters eight to ten, the author cites Prof. Chinua Achebe, who believes that the problem with Nigeria is that of leadership.

However, to blame the Nigerian problem squarely on leadership is synonymous with blaming the aggressiveness of a sick fellow on fever, calling the fever 'aggression fever' instead of blaming it on the headache that accompanies the fever for the benefit of the pharmacist, who may want to prescribe Panadol. Ayoola notes that it seems far more assuring to listen to the great ideas of the creator than to follow the speculations of humans, however experienced they may be. We stand to gain two things by talking science, philosophy and even linguistics in formulating our ethos-faith in our own systems (which have been shown to be important to the success of policies).

The book, Ethos: What Africa may learn from Trinity is a must read for people, who seek answers for leadership questions in society. It is error-free and comes in a glossy cover that is appealing to the reader.