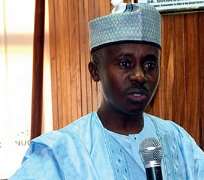 ABUJA, April 24, (THEWILL) - The Federal House of Representatives on Tuesday held an extensive session to consider the report of its committee that probed the management f subsidy regime, adopting 29 of the total 60 of its recommendations and amending six.

The lower legislative chamber considered 35 of the ad hoc committee’s recommendations after moving from plenary into the committee sessions presided by deputy speaker, Emeka Ihedioha.

Chairman of the ad-hoc committee, Farouk Lawan, opened the session with an opening address, during which he said lamented that sharp practices, which had been ongoing in the industry for years, had led to massive short-changing of the citizenry. He added that investigations revealed gross mismanagement of the subsidy by the Nigerian National Petroleum Corporation (NNPC) and Petroleum Products Pricing Regulatory Agency (PPPRA).

He said his committee executed the assignment with utmost fairness and a high sense of responsibility, as all individuals and agencies relevant to the matter were invited. He also revealed that one of the many financial misappropriations unearthed was the transfer of N999 million 128 times in 24 hours.

“It was an exercise conducted under immense pressure but it will help the nation,” Lawan said, urging the House to adopt his committee’s recommendations. “I urge you to dispassionately and objectively look at the recommendations in this report and to adopt same as Nigerians are watching.”

The presiding officer of the committee of whole then asked that the recommendations be debated one after the other. The first three recommendations were unanimously adopted by the lawmakers.

The fifth recommendation of the report was the first to be amended.

Samson Osagie argued that the clause, asking for the audit of NNPC, is open-ended; and proposed an amendment as thus: “that the House hereby directs that the NNPC should be audited within three months by the Auditor-General of the Federation to determine its solvency.”

Femi Gbajabiamila opposed the motion for a government official supervise the auditing, instead preferring the allocation of the task to the Public Accounts Committee or an independent audit firm.

However, chairman of the Public Accounts Committee, Adeola Olalekan explained to the House that all agencies of the federal government are audited by external firms. He said that in the case of NNPC, the committee has received audited accounts up to 2008, advising the House to mandate the office of the AGF to carry out the audit of NNPC from 2009 till date.

The House, therefore, amended the recommendation and mandated the AGF to audit NNPC’s account up to date, within the next three months.

Hon. Abike Dabiri-Erewa moved a motion to amend the eight recommendation, eight, which asked NNPC to refund N25b to the treasury. The initial report did not give a time frame for the refund, so her motion that the refund be made witin three months was adopted and the recommendation so amended.

The 25th recommendation — which insisted that the oil marketers benefitted from the fuel subsidy fund but failed to either submit documents or appear before the probe committee should be sanctioned — was arguably the most hotly debated.

The chairman of the House of Representative Committee on Justice, Ali Ahmed noted that since the House has powers to compel attendance of any person or organisation at a hearing, the companies be given a second chance to appear before the ad-hoc committee, for the sake of fair hearing. But he advised the House to sanction the companies on the criminal allegations levelled against them.

Hearing on the remaining recommendations was adjourned to Wednesday.