Why Subsidies Must Go In Africa 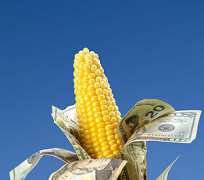 To understand subsidies, one needs to examine the human body which is the model given to us by the Creator to guide us in our earthly activities. No function, no organ assigned by God to the human body should be restricted unduely in policy formulation or you may end up with an unsustenable policy that drains rather than build up society.

Only those functions voluntarily given up by ther people should be subsidised or restricted in proportion to the participation of the larger society on the lives of the people.What the government takes away it must return in proportion to avoid imbalance and disharmony.

Movement is one function that is so essential to the balanced working of the peoples psyche and health. Little wonder that the original design gave man legs. No two people had joint legs. It is one of the free will expression points in man. You can move or chose not to move.If you subsidise movement, you take away the decision function of the brain, distort the original design, and even intervene in people's spiritual and physical development without adequate cause. People must decide to move faster or slower depending on what they do for living, where they find themselves, but they must not move to engage, rather it should be the other way round. Therefore, when you subsidise fuel for instance you move people out of their natural habitats into unatural jobs and they remain displaced in all intents and purposes and are therefore not as useful in building up society. They are not happy and are better suited to destroy than build. Therefore, the consequences of so-called oil boom are not what people term as the oil course but rather the consequence of mismanagement of the benefits into subsidising the people away from health to disease; from hard work to idleness from home to homelessness. The only thing going for this ignorance is the elevation of the bottom strata of society to the new leadership cadre. It is too much a cost to foist on society for a few to achieve an innordinate ambition.

What is the effect of subsidies on Nigeria? First, we have opened sesame for corruption. Let us examine few examples. Whenever someone gets to power in Nigeria, he subsidises those goods his people or family need so there is perpectual scramble for power without responsibility. When President Obasanjo was in power, he banned importation of chicken products to stimulate the growth of local industry. He may have privatised estates and firms into the hands of political associates. However, analysts say he was motivated by his own poultry farm and business concerns but others disagree arguing he was dancing to the tune of global privatisation pressure. Late Gen.Abacha was alledged to have “shared” Nigerian oil blocks to friends. He may have institutionalised the fuel subsidy ostensibly to help his friends get more from their oil wells.Others point to the earlier military regimes as responsible for the initiation of the policies he implemented. What it proves is the existence of this abnormal political process sustained and copies verbertim by the incoming civilian regimes of retired Generals in 1999. What effect do we see today? Scramble for political positions is now a do or die affair thereby relegating people's welfare to the background and the people are angry. Now ostensibly,Nigeria subsidises every thing including access to foreign currency and the naira,loans,employment,appointments,elective positions,budgets,banks,fertilizer,foreign aid,visas,pilgrimage etc.

We have ended up producing a thoroughly lazy citisenry always looking out for a way to buy from a different market of cheaper goods and services running side by side the formal market.

Look at some more concrete examples. While today in Nigeria you can exchange 10 billion naira to any foreign currency in Ghana- must- go sacks in the black market in minutes, you cannot withdraw a million naira from the banks without going through a lenghty grilling from the authorities. If you are lucky, you could catch the Mallam put through a call to the Central Bank for immediate delivery of this money in bullion vans.Access to money is also subsidised here. The other example is the subsidy on Agriculture. Subsidy here is so harpharzard that the real farmers hardly benefit. While cattle farmers may receive subsidies to upwards of 5million naira a year, and produce each cow with approximately N10, 000 costs per head in Maiduguri, they can sell it at 120,000 naira in Port Harcourt despite the fuel subsidy that sells fuel from Port Harcourt at the same pump price in Maiduguri. The States depend on monthly oil revenue handouts to exist while local production has all but dries up eliciting mounting unemployement of school leavers. There is no particular formula for any thing; it depends on who shoots himself to power or rather who buys his way into power. That is why nobody appears keen to continue the policy of his or her predecessors in Government.

The first effect of subsidy withdrawal will be pain for those who have sustained and depended on the wrong polical and economic system for long and need to adjust from it with this educational process. The literacy level is low here so gradual subsidy withdrwal will not suffix. Our society has suffered from sponsored bouts of ignorance for decades.People here learn faster when they experience some level of deprivation. Gradual withdrawal is what has been happening for decades now with the miultiplication of the subsidy value necessitating an even greater sacrisfice next time around. As you push forward the decision day, you give the cartel more time to restrategise and frustrate you next time.

The biggest obstacle to subsidy withdrawal in Nigeria is the political will. As the political system is structured at present, the power holders can hardly refuse the gently promptings of the sponsoring carbal. It takes extraordinary will to transform the country; for a President to remove subsidies and send his sponsors into patrotic sacrisfice.

The likely impact of subsidy removal in Nigeria is complete transformation of political, social economic and environmental conditions of Nigeria to the better. It is better than holding a national conference to decide the fate of Nigeria as a nation because change will talk rather than postulate.In this conditioning Nigeria needs more action than words. Nigeria needs change in orientation to survive as a nation much longer. Corruption has already whittled down the huge socio polical capital the country accumulated in 1960 on her independence from British colonial rule.

Transformation will make it possible for instance for generator importers cartel to allow uniterruptible electricity in Nigeria rather than in Benin Republic.It will allow the Railways to function in place of Trailers to substitute for the job. It means that oil blocks will be nationalised or privatised in a more equitable manner in line with Federal Dictates.It means that Political offices will no longer be as lucrative for the perenial sponsors and inflators of public budgets will no longer have cheap money to use to distort nation building at will. Removal of subsidies will raise true farmers instead of speculators because true farmers do not need subsidy to start their work but may need it to boost it.It will return human functions to the ultimate design of the creator and wipe away artificialities that distort sustainable development in Nigeria and Africa at large.

*Mr Nworisara ,a policy analyst and media consultant based is based in Port Harcourt Nigeria. [email protected]