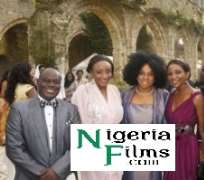 Most top Nollywood stars that would have given the event the glamour it needed were missing at the event yesterday.

Sultry actress, Omotola Ekeinde Jalade was missing at the awards ceremony. Also were Genevieve Nnaji, Ini Edo, Uche Jombo, Chika Ike and others, who were all not at the event.

Before now, there have been rumour that Omotola would miss the event due to controversies surrounding her nomination under Best Supporting Actress category, which some claimed was below her status.

They also pointed out that, in the film she got the nomination from, Ties That Bind, she played a leading character as against the supporting role AMAA put her under.

For Genevieve, Ini Edo, Uche Jombo and others, their absence may have been due to Stephanie Okereke's wedding they attended a day before the award.

Uche Jombo got a nomination for the best actress of the year award alongside Rita Dominic and others.