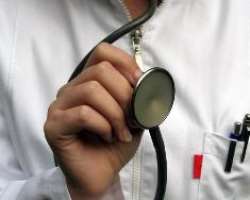 Doctors who were more rested made fewer mistakes
Listen to article

The small-scale study was carried out at the University Hospitals Coventry and Warwickshire NHS Trust.

Doctors working to the new rota, which allowed them more sleep and more recovery time, made 33% fewer errors than their traditional counterparts.

But the researchers say their findings may not apply to areas such as surgery.

The research was carried out over 12 weeks, with 19 junior doctors working on the endocrinology and respiratory wards.

Their work hours and the duration of their sleep were recorded every day.

Nine were put on a 48-hour per week rota that met the conditions of the European Working Time Directive (EWTD) and 10 were on a traditional rota where they worked up to 56 hours.

Two senior doctors, who did not know which rota any members of staff were working on, then reviewed their errors by checking case notes.

Results
The average work hours were significantly lower on the new schedule - 43.2 compared to 52.4 hours on the traditional schedule.

Sleep time was increased from an average of 6.75 hours to 7.26 hours for the EWTD compliant doctors.

And there were a third fewer errors and fewer potentially life-threatening events.

But doctors did complain of worse educational opportunities on the new rota and, initially, too few doctors were available for duty during the day.

Writing in the journal QJM: An International Journal of Medicine published by Oxford University Press, researchers, led by Professor Francesco Cappuccio of Warwick Medical School, said the hospitals needed to implement wider changes to doctors' shift systems than had been possible in this pilot study.

And they said it was important to ensure that "the safety gains for patients cared for by less tired doctors are not compromised by delayed investigations and treatments".

Dr Andy Thornley, chairman of the BMA's Junior Doctors Committee, said: "We welcome this study that suggests that a decrease in working hours from the current limit of 56 to less than 48 is associated with a drop of one third in the rate of medical errors.

"It is concerning, however, that junior doctors in the study reported decreased training opportunities with the drop in hours.

"It is vital that this issue is addressed before the full implementation of the European Working Time Directive in August."

Professor Roy Pounder, of the Royal College of Physicians, said: "This 8 hour reduction is achieved by squeezing the hours out of daytime, Monday to Friday, which means worse continuity of patient care and less training - substantial disadvantages that have to be balanced by the slightly better-rested doctors who make fewer minor errors.

"Many doctors will probably choose to 'opt-out' of the reduced hours, to improve patient care and their own training."

But a spokesman for the Department of Health said: "Many parts of the NHS have successfully implemented sustainable solutions providing good quality training and ensuring patients safety.

"Clinical leadership is key to achieving a positive outcome."