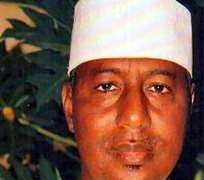 In their place, he has appointed Nura kangiwa and Buhari Halidu Jega respectively.

According to a statement signed by Alhaji Ibrahim Musa Argungu, senior assistant to the acting governor on media and publicity, the appointments take effect immediately.

“The Secretary to the Kebbi State Government Arc. Ahmed Muhammad Sama and the State’s Head of Service Alh. Ahmed Usman Bunza Mni have been relieved of their appointments with immediate effect,” the statement reads.

The acting governor thanked the two men whom he had shown the way out of government for their “tremendous support” to the state during their period of service.

Meanwhile, the new SSG has since been sworn-in by Justice Zakari Gulma while the state’s Head of service would be sworn-in by 10:00am on Wednesday morning.

The acting governor, who assumed leadership of the state on February 24 also announced the implementation of the new minimum wage of N18,000 for workers in the state.