SENEGAL: THE DEFEAT OF SIT-TIGHTISM 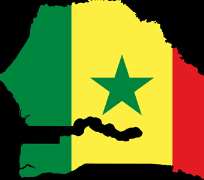 In far distant times, during the days of Colonial expeditions of parts of Africa, the agents of imperialism from Europe were stunned by the array of innovative things, animals and vegetation that they saw in Africa and one of them exclaimed that; “In Africa, wonders shall never end.”

In the realm of politics, that saying that ‘wonders shall never end in Africa’ is as fresh and relevant as ever if one analyses the current events in parts of West African Sub-regional nations of Mali and Senegal.

In Mali, a gang made up of some very junior military officers forcefully overthrew the democratically elected civilian administration of President Amadou Toumani Toure even as the whereabouts of the deposed leader is unknown.

Buffeted by a groundswell of attacks from across the World and very recently by the expulsion of Mali under the military Junta from the African Union commission, the leader of the military coup Captain Amadou Sanogo told the international media that his gang overthrew the civilian administration last Wednesday to restore what he described as “Security and order”.

The head of Mali’s military Junta further dismissed all the verbal attacks from political leaders like President Goodluck Jonathan and other West African Sub-regional leaders and vowed to hold on to power for now pending restoration of security because of the threats of imminent invasion of Bamako by the well armed returnee Tuarag rebels who were displaced from the just ended Libyan civil war. The Tuarag rebels were hired by the then Libyan strongman Colonel Muarmur Ghadafi (now late) to help him fight the rebellion which eventually swept him out of power.

The Malian military leader told the international media thus; “I want all of them to come to the same table right after this interview. My door is open,” he said. “We can talk about and work out through the peace process” he added. He denounced the widespread looting in the capital, Bamako, which followed the coup.

“I deplore the acts of vandalism and pillaging which have occurred”, Capt Sanogo said. He added: “Yesterday 9Sunday March 25th 2012], I obtained concrete proof that ill-intentioned individuals were wearing uniforms of the police, the army, in order to break this coup, just to turn the population, to turn opinion against us”.

He asked the public to excuse those behind the coup for “all the aggravation caused” and said justice would be done. “I urge all Malians, at whatever level, to stop without delay these acts of vandalism and pillaging…This is not our mission, nor our cause, nor our objective” he stated.

Those who took part in the military coup in Mali may have been motivated partly to subvert democracy by the then unfolding political development in the neighboring Senegal where the then sitting President Abdoulaye Wade manipulated the parliament to re-write the electoral laws to enable him run for a third term of another seven years tenure as against the Constitutionally recognized two terms limits of seven years each.

But these gangsters in military uniform in Mali misfired because in their neighboring country of Senegal with a good reputation as one of Africa’s most stable democracy, the citizens rejected the manipulative tendencies of the Octogenarian sitting President Mr. Abdoulaye Wade and opted for free, fair and transparent contest which eventually resulted in the defeat of the old big man of Senegal.

Ironically, Senegal and Mali have some fundamental historical affiliation because Senegal became fully Independent from the French Colonial masters in June 1960 as part of the Mali Federation.

Political historians recorded that on August 20th, 1960; Senegal withdrew from the Federation and became a separate Republic. The internationally renowned scholar and Poet Mr. Leopold Sedar Senghor was elected its first President.

He was re-elected in 1963, 1968, 1973 and 1978.
This post- independence President of Senegal was credited with the introduction of some far- reaching and comprehensive constitutional amendments which gave birth to the advent of multi-party democracy in that country. Senegal has since remained a respectable signpost of a stable and democratic nation in Africa ever since.

As a democrat with international clouts, President Leopold Sedar Senghor in 1981 stepped down for Abdou Diouf who had been his prime minister since 1970.

Following very impressive record of modest achievements in the area of radical transformation of some basic social infrastructure in Senegal Mr. Diouf went on to win the 1983 presidential election, a feat he repeated in 1988 using the platform of his socialist party. This victory was hotly contested by leading opposition politicians who affirmed that the process that ensured his victory was anything but free and fair.

The opposition politicians also organized sporadic street protest and these widespread consternation of the civil populace compelled the then President Diouf to introduce series of electoral reforms. Members of the political opposition faulted the electoral reforms of President Abdou Diouf because they accused him of manipulating the process to retain the control of the electoral commission by his political party.

Political historians also wrote that under President Diouf, the constitutional term limit was extended from five to seven years and a two-term limit imposed with the underlying objective of setting the stage for him to benefit from the tenure elongation scheme and thus perpetuate himself in power.

Abdou Diouf ruled Senegal till the year 2000 when his Socialist Party lost to Abdoulaye Wade, the candidate of the PSD.

Interestingly, Mr. Shehu Sani, a Kaduna-based Nigerian civil rights Activist wrote in his book titled “Civilian Dictators of Africa” that former Senegalese president Abdou Diouf was adept at manipulating the political process to sit tight in power but little did he [Shehu Sani, the Nigerian author] know at the time of writing his scholarly book that Mr. Abdoulaye Wade who came to power in the year 2000 will turn out as one of the greatest manipulators of the political system of his country with the ambition of spending his entire life in political office. This is because as an 85 year old man, if President Wade had succeeded in foisting himself on his people/country for another seven years, he would have surely passed on to the great world beyond as a sitting/life president. The now defeated president also planned to manipulate the political process for his son, Mr. Karim Wade, to succeed whenever he quits the stage if he had won the March 25th 2012 re-run presidential poll. The son of the defeated president of Senegal has held four ministerial positions including the powerful works ministry.

Mr. Macky Sall won the re-run presidential election of 25th March 2012 against the back drop of his avowed pledge to change all the draconian constitutional and electoral amendments made by the now defeated President and return the two term of five year each tenure limitation for the office of president of Senegal.

The newly elected president has also promised to tackle the rising threats of food insecurity and poverty in his country and to encourage local farmers to expand and modernize their farming activities.


The defeat of the Senegalese Octogenarian politician Mr. Abdoulaye Wade is a defeat for sit -tightism and is a strong warning to other African would- be civilian dictators that any attempt by them to subvert the democratic process for their selfish political gain would be successfully resisted by the people especially if the members of the civil society is awake to its duty as responsible and democracy loving citizens.