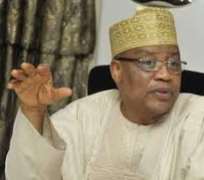 Never before in Nigeria's history since independence has Nigeria's unity been as much threatened as it is now. Not even the pre-civil war disturbances and the eventual civil war posed as much threat as we have now.

For example, whereas the pre-civil war disturbances and pogrom were directed against the Igbo as an ethnic group and thus the Igbo as a people were the only enemy and consequently the target for 'containment'. Besides, there was little or no polarization of the polity in the 60's as we have now, and the level of political consciousness and the crave by the various ethnic groups for self determination was virtually absent. The situation now is different.

The level of political consciousness on the part of the citizenry is at its highest while the crave for self determination by the various ethnic groups is certainly of fever height.

Today we have a mass array of these ethnic groups in one form or the other, the most prominent of which are the OPC, MASSOB, MEND, ACF and of course the BOKO HARAM. Is it, therefore, any wonder that the last nationwide strike over the removal of fuel subsidy took the shape it did? At a point during the 'Arab spring',, I did a piece in which I reminded all of us that while we glamorize Tunisia, Egypt and Libya we should not forget Sudan! The reasons are obvious.

However, I was amazed (though not so much) with the statement credited to IBB some time ago that Nigeria's unity is a 'settled issue'; and because he fought and sustained wounds, with the scares to show, for Nigerians unity, therefore he would at all times fight any war at all to defend the unity of the country. Good talk! May I ask; does IBB know that the Boko Haram terrorist activities (burning churches destroying lives and property and giving 'quit order' to southerners to leave the part of the country that constitutes a large chunk of the geo-polity called Nigeria) constitute deadly threats to the peace and unity of the country? He knows pretty well that war (except perhaps cold war) is when you use force of intense proportion to compel your opponent to do your will, and which is what the Boko Haram terrorist activities are all about.

If IBB knows this much (and I know he does), how much is he fighting the menace? What is he doing overtly and covertly to contain Boko Haram? After the post election mayhem in Bauchi last year, Obasanjo visited the state; after the Madalla madness when a church and a good number of the congregation were targeted and bombed, Obasanjo also visited the scene of the disaster, and in the same vein, after the Kano amagedom, he also visited Kano. What a man! I also know that he has , in a display of rare courage, visited a number of other troubled places, including the homestead of the late Boko Haram leader in Borno. And he did all these at great risks to his life! I am not aware IBB has done any of these, not even visiting the scene of the bomb blast in Madalla which is in his home state.

Thus, when IBB said he would fight any war to unite Nigeria, and is keeping amazingly mum on Boko Haram, one begins to wonder why some of our 'Leaders' think that the rest of us are fools! Of course, when they up there talk of Nigerian unity as a settled issue, they mean 'unity' on their own terms! Nothing more, nothing less! The country is being made ungovernable as they promised, and that is very understandable. Unity indeed!!

One thing what is happening (Boko Haram, Strike, etc) has shown is that although Jonathan is neither a lion nor a tiger, he is definitely not a chicken. Those who promised to make the country ungovernable, and are living to the promise thought that by now Jonathan would have chickened out!

During the eight year democratic regime of Obasanjo, IBB displayed a good degree of statesmanship (although for understandable reasons), and never criticized him openly. He believed that if he had any opposing views to pass on to the President of the country, there are direct channels he could use to reach him even personally.

Thus, when IBB decided to issue a public statement during the crisis on fuel subsidy strike that the 'timing' of the removal of the subsidy was wrong, the message or the purpose was clear. At school, I was taught that what you say, the time you say it and the medium, all go a long to decode your message!

Also, I disagree with Mr. President, Dr Goodluck Jonathan in respect of a statement credited to him some time ago. Mr. President was quoted as saying that he did not become President to preside over the disintegration of Nigeria. Good talk indeed, after all, he swore to protect the constitution which also includes protecting the territorial integrity of Nigeria. Mr. President spoke almost the way Winston Churchill, the former British Prime Minister, spoke when he said that he did not become the Prime Minister of Britain to sit over the disintegration of the Britain Empire.

My question to Mr. President (and also to Churchill) is: where is the British empire now? The truth of the matter is that no one can stop the wind of change. The fact also is that two cannot work together except they agree!!

Those who don't learn from history live to repeat it! Leadership is a pragmatic art. The moment determines the momentum for the leader to make the best out of a bad situation. When history beckons, the courageous and man of history takes on the challenge. Mr. President should know that God put him there for a purpose and that purpose he may not quite now and would not have any option of his own. Thus when people call for a sovereign National Conference, he should not panic.

After all, Sovereign National Conference is not necessarily a rail-road to disintegration. And although the Conference is not the solution to all the nation's problems, it is nevertheless a unique and bold step to addressing them, especially as every region (North, East, West and South) is grumbling and complasining of one form of marginalization or the other. Let the people therefore talk and ventilate themselves. It is better to jaw-jaw than to war-war. And for once, let us be frank to ourselves. We have pretended for too long. Like General Gowon (rtd) said during the pre-civil war crisis, we have been too presumptuous and acted on such presumptions. Let us now be wiser so that history would not repeat itself.

Nigeria can not afford any sustained uprising. See what is happening in Egypt, Libya, etc after the so-called people's revolution. There are now crises and crises everywhere in these places. Is it therefore not better for us to talk and agree on how to live together than to revolt, fight and possibly disintegrate?

Members of the National Assembly, have vested interest and are not likely to support the call. They have a duty to do the biddings of the masses who elected them, come to think about it, the call for a Sovereign National Conference, in the first place, is as a result of the failure of the National Assembly to amend the constitution to reflect the desires of the masses represented by the outspoken ones. What people want is True Federalism and not disintegration. Give them this, and it is Uhuru! It is therefore not out of place for the National Assembly as a body to, as an option, coordinate the conference if only to preserve our unity so that no one, including our retired Generals, will have any war again to fight.