UNMASKING HERMAN HEMBE, CHAIRMAN OF THE NOW DEFUNCT CAPITAL MARKET AND OTHER INSTITUTIONS COMMITTEE OF THE HOUSE OF REPS. 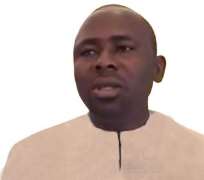 The rough neck tactics and unrelenting aggression with which Herman Hembe exercised the position of Chairman of the Committee probing the decline of the Nigerian Capital markets came as a rude shock to most Nigerians. Despite the rancid reputation of that house as a cesspit of bribery and corruption, Hembe’s performance during the public hearing introduced a sickening vista to the sordid credentials of the house.

A bewildered public watched Hembe personalize the Committee he was leading, denying even his deputy any speaking space and combining the roles of investigator, prosecutor, judge and hangman in one breath. Nigerians watched with shock and dismay as he called the poor woman, a “fraud” and threaten that “EFCC and ICPC are here”. His distraught deputy, Chris Azubogu walked out of the hearing after his repetitive pleas to Hembe to respect the terms of the mandate given to them by the larger house were violently rejected by Hembe.

The shocked Nigerians need only to look at the resume of Hembe to understand that the parliamentary rascality which he displayed as Chairman of the Probe Panel is characteristic of this poorly adjusted fellow who first came to the limelight when he assaulted a lady on the floor of the House of Reps.

Answers to the latter questions are, as they say, blowing in the wind. The first question is answered by Hembe’s father who once confessed to frustration over his wayward son’s disrepute. The older Hembe’s ire and lamentations were drawn by the string of atrocities which had been attributed to Herman Hembe whose truancy and conversion of marijuana to staple diet had been accentuated by his membership of the Black Axe, a student cult with a dark reputation for bloodletting and myriad devilry. His poor father had, within family and Benue State University community circles, expressed helplessness at his inability to rein – in the younger Hembe’s untoward impulses and get him to desist from the deviant nay criminal subculture of the occult.

His “election” to the House of Reps typifies the Nigerian anomaly in which reason and reasonability are in recession. Herman Hembe rode on the back of his senior brother, Orkuma Hembe, the university dropout with whom he since formed a partnership in obnoxious conduct. Orkuma was the once – upon a - time President of the National Association of Nigerian Students, NANS who developed sit tight ambition and became reluctant to vacate office once his term expired. Of course he deployed the Black Axe and sundry instruments of coercion to intimidate worthier claimants to the office until his game expired.

But back to the story of Herman’s “election” to the House of Reps. Legend has it that Orkuma’s aspiration to remain the eternal President of NANS found ideological resonance with Obasanjo who, at the time, was developing a thesis for his own sit – tight ambitions. Obasanjo enabled Orkuma with a humongous stash of stolen state funds part of which Orkuma loaded into a car and distributed freely to the electorates in the Jechira Federal Constituency which comprises Konshisha and Vandeikya communities.

This was the birthing of the enfant terrible of Nigeria’s parliament; through a dubious ideological partnership which was founded on dictatorial disdain for term limit and given expression through proceeds from the rape of the Nigerian public treasury!

This is the background that sired the macabre culture which Hembe is championing at the National Assembly. He has garnered ill – repute for inventing nuisance value, antagonizing decency, being generally obnoxious, wielding the hatchet, remaining addicted to marijuana and retaining his affiliation with the occult.

Legend further has it that Herman Hembe’s curious emergence as Chairman of the Capital Market and other Institutions Committee of the House was no happenstance. It was a well scripted, carefully choreographed outcome. The story goes like this: Hon. Emeka Ihedioha, Deputy Speaker, House of Reps. who has overarching determination over formation of Committees of the House, selection of their members and choice of (their) chairman wanted to mete out vengeance to Arunma Oteh, DG SEC for removing his aunt, Ndi Okereke – Onyiuke, as Director General of the Nigerian Stock Exchange, NSE.

Who was the best guy for the job? Herman Hembe, the intrepid low life who was adept at wielding the hatchet and whose attitude was devil – may – care. It did not matter that his knowledge of the capital market was too low for zero! This was why Hembe kept shocking Nigerians with the questions he asked the DG SEC repeatedly which were rooted in financial illiteracy and typified by

“The CBN guaranteed depositors, what did you do to guarantee investors?!” Whoever heard of any institution anywhere in world that guarantees investors?