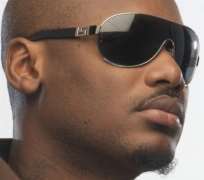 It was no surprise when two top Nigerian entertainers, Innocent Ujah Idibia, who is well known as 2Face, and Nollywood actor, Nkem Owoh, who is better referred to as Osuofia made security men sweat it out at an event recently.

Uluoma Okorocha, daughter of Imo State governor, recently premiered her movie, Eyes on Hope in the state. It was a hectic work for security agents, who were battling to control fans of the two celebrities as they wowed them.

For 2Face, his fans could not get enough of him as he dished out nice tunes from his past albums. The hall was electrified with his songs as guest at the event danced to them.

Osuofia almost turned a loved masquerade as fans gave security personnels a lot of work to do at the event.

It was no doubt that both celebs stole the show and made the security men work really hard for their money.