Is marriage a bar to the acquisition of wealth? A reflection on the matrimonial property rights in Ghana 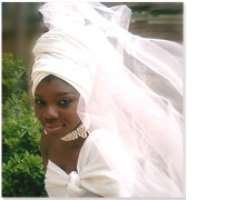 One of the most commonly asked questions, which has not yet been answered, is whether it is better for a woman to live alone so she can acquire wealth for herself than to enter into a marriage and come out with nothing in her hands, which happens to most women in Ghana? Even slaves get paid for their labour.

Marriage is an inevitable course in life but the kind of insecurity faced by wives in this country has made marriage a regrettable journey that no one has to put his/her head into. Most of the women who suffer extreme poverty in Ghana are those who have either been cheated by unscrupulous husbands or denied of properties, which they had worked tirelessly with their husbands for, upon divorce or upon the death of their husbands.

This usually happens to women married under customary law especially those in the rural communities. The most disheartening thing is that these hardships are passed onto innocent children of these marriages.

The laws of Ghana see this as a social canker and accordingly provide for matrimonial property rights of spouses. But the question is, how adequate, effective or real are these rights? This 'piece' therefore seeks to critically analyze the concept of marriage and its consequences, the state of the law on matrimonial property rights, the enforceability or otherwise of these rights and the way forward.

The concept of marriage and its consequences

The concept of marriage has been defined differently in different contexts. However, a common description that can be deduced from those definitions is that, marriage is a formal union of a man and woman which create a legal and social status of husband and wife.

In expressing his opinion on the consequences of marriage, Blackstone, a renowned English legal scholar, described marriage this way: “By marriage the husband and wife are one person in law.

The very being or legal existence of the woman is suspended during the marriage or at least is incorporated and consolidated into that of the husband, under whose wing, protection and cover she performs everything…”

The consequence of this notion is that a wife is dependent on a husband and family law requires that a wife should work with or for her husband and the property acquired with such assistance is the individual property of the man. It has also been argued in another context that there is a contract in marriage, which is unwritten, its provisions are unwritten and the terms are unknown.

That, a marriage establishes rights and responsibilities for husband and wife and provides sanctions for the one who does not comply. As a result issues in marriage are determined by this contract. However these contracts are only based on assumptions and are often contradicted in reality.

The state of the law The position at customary law

It is a fundamental principle of customary law that a wife is a dependant of a husband, and family law requires that a wife should work with or for her husband, and the property acquired with such assistance is the individual property of the husband.

The basic assumption is that the husband is the head of the family and the principal provider and that a wife is duty bound to assist the husband in whatever he undertakes, and whatever property he acquires with her assistance belongs exclusively to the husband.

In a number of decided cases the Ghanaian courts have taken the view that in the absence of strong evidence to the contrary, any property a man acquires with the assistance or joint effort of his wife is the husband's individual property. In Quartey Vrs Martey & another (1959), Justice Ollenu said; “By customary law it is the domestic responsibility of a man's wife and children to assist him in carrying out duties of his station in life, e.g. farming or business.

The proceeds of this joint effort and any property which the man acquires with such proceeds are by customary law the individual property of the man. The right of the wife is a right to maintenance and support from the husband.”

This position has however been modified in recent decisions of the courts. For instance in the case of Abebreseh Vrs Kaah (1976), the court noted that where there is a clear evidence of contribution by the wife, financial or otherwise, to the acquisition of the property then the wife could have beneficial interest in the property.

According to Professor Akuah Kuenyehia in her article 'Distribution of Matrimonial Property on Dissolution of Marriage', “the courts have in recent years attempted, in the absence of legislative provisions, to shake off the constraints imposed on them by the strict doctrine of law and to use the general principles of equity to do justice as between spouses, in the matter of property acquired by them during the marriage, when the marriage breaks down”.

According to her, a pattern has emerged as to how the courts are willing to use the principle of equity:

A. Where a woman can show that she made substantial financial contributions to the acquisition of the property in question the courts are willing to vest beneficial interest in the woman even if the legal title is vested in the husband alone.

In Abebreseh Vrs Kaah, the husband was a tally clerk and the wife was a wealthy businesswoman dealing in textiles. The woman advanced half of the purchase price for the land on which the matrimonial home was built and contributed substantial amount towards the construction of the house. Based on this evidence the court ruled that the woman was joint owner of the property.

It must be noted that contributions by a wife may not always be direct financial contribution. One form of contribution by a wife would be where they agree that she would use her income to take care of household expenses or for other purposes thereby freeing the man to use his income and resources to acquire the property. In such situations the parties would be said to have agreed that the wife would have a beneficial interest in the property.

B. Another form of contribution by which a wife would have a beneficial interest is where the wife assists the husband in acquiring the property. For e.g. keeping the store or shop owned by the husband. The justification is that in keeping the shop the woman receives no remuneration and she does it in addition to all her family or matrimonial duties. Also if she went out to work, she would have earned an income. Thus in a recent case of Mary Oparebea V S.A Mensah, the court took the view that times have changed and the courts should have the courage to change with the times.

The notion that a wife's services in the home need not b remunerated is probably no longer valid and where she works in the business of the husband, then it is an affront to common sense and a gross violation of all notions of equity, justice and fairplay to deny such a woman a share in the property. Legislation on Matrimonial Property rights in Ghana

The starting point is the 1992 Constitution in which property rights of spouses is guaranteed. Article 22(1) provides that a spouse shall not be deprived of reasonable provision out oaf the estate of a spouse whether or not the spouse died having made a will. Article 22(3) provides that spouses shall have equal access to property jointly acquired during marriage.

It provides further that assets which are jointly acquired during marriage shall be distributed equally between the spouses upon dissolution of the marriage.

It is correct to conclude that there exist right of wives to matrimonial property and the effective enforcement of these rights could go a long way to alleviate the hardships caused to wives, especially illiterates, upon the breakdown of their marriages or death of their husbands. It is also not out of way to say that matrimonial property rights under our laws are unsatisfactory and, to some extent, out of touch with reality. In these modern days where the domestic skills of wives and their contribution towards the acquisition of matrimonial properties can be quantified by all standards, there as to be immediate reforms to enhance their matrimonial property rights. I therefore completely agree with Professor Kuenyehia when she proposed that a substantive legislation be introduced to at least take into consideration certain socio-economic realities in settling the question of matrimonial property right not only upon divorce but also during the subsistence of the marriage. I also think that the time has come for all of us to recognize the ability of women to own property of any nature and if by reason of being in marriage the properties are branded as matrimonial properties, they should not be denied fair share of them for any reasons.