Beauty pageant for women over 50 years 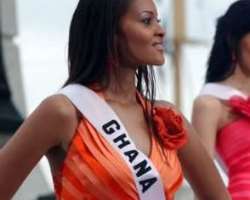 The first ever beauty pageant for elderly women dubbed “Portrait of an Excellent Woman.” is being organised by Shear Power Ventures and Marie Stopes International.

The event, on the theme: “Excellent Woman: The Role of Woman in Nation Building” is in collaboration with the Ministry of Women and Children's Affairs, Poise UK and Black Avenue Works Ghana.

'Portrait of an Excellent Woman' is a woman who influences her society by demonstrating compassion and prudence; she naturally esteems and nurtures enterprise, integrity and courage among members of her community.

In short, the Excellent Woman is one who takes up the mantle of “Motherhood” within her community, and positively affects the lives of people around her.

In all 10 final contestants from all the regions were selected based on the criteria that they should be resident in Ghana, must be above 50 years of age and must also possess the four cardinal pillars, that is, they should be dutiful, have integrity, and sacrifice and be approachable.

Regional nominations were made by a committee that was set up consisting of recognised women's groups, notable youth groups, and one representative each from the Traditional Council, Muslim Council and Christian Council.

The contestants on the day of event would tell their amazing stories and deliver inspirational messages to young girls in the country in their own languages, which would then be translated into English.

The Events Manager and Public Relations Officer of Poise UK, Ms Aisha Bukari, briefed the press on the proposed scheduled date for the event, criteria for selection and the event itself in Accra.

She said the event was aimed at recognising these women who had attained excellence from their hard work and give them the confidence and encouragement to strive harder and do better.

Ms Bukari advised Ghanaians to always recognise and the commitment, hard work and inspiration women give to the communities in which they live and the nation at large.

She further stated that the event would be used as another means of raising funds for a new youth employment programme Horizons Extended for Youth (HEY!) - which seeks to enhance sustainable employment and venture capital opportunities for the youth.

Ms Bukari ended her speech on a sad note with the announcement that one of the contestants, Madam Fati Issaka (nee Abdulai) from the Northern Region, had been reported dead on the morning of the programme.