Sexy and humble, Van Vicker talks about movies, business and his family 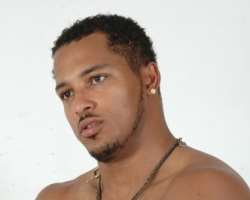 Van Vicker is one busy man. Trying to catch up with him was like playing musical chairs. One minute we'd be on and the next he'd have one phone call after another to answer. It may sound like the life of all these celebrity divas we often hear about, but it was far from it. He apologized each time he was pulled away and when we finally got going, Van gave me his full attention. Can you believe that I had to convince him that he is sexy and a movie star?!

Van is so humble. He also showed me his sensitive side when we talked about his parents, wife, and daughters. I caught up with Van on the set of a movie he is currently filming in Nigeria with Desmond, Stephanie, Rita, Mercy and Ramzy. I have so much respect for Van, he talked to me till 3 am when he had to be up and back on the movie set by 7 am! Did you know that Van has a love for directing and is now directing his own movies? You may think you know all about this movie star but you don't. Listen in and let Van fill you in on everything you didn't know and always wanted to know……

Jamati: How did you get into acting? Did you always know you wanted to be an actor?

Van Vicker - It was not planned for. I guess because I had been a TV personality doing an entertainment program, the producer of the first film I played a lead in sort of believed I could do it and approached me. I agreed since I thought it was another challenge for me. I mean I'd already been on TV and on the radio I thought it was cool.

Jamati: So you were well known in Ghana already. Did it surprise you when you found that people all over the world were watching your movies and knew your name?

Van Vicker - Yeah I was very surprised. I had no idea that was the case. You see I know I was doing the movies and all but I did not think I would make an impact on so many people. Not that I thought I was a bad actor but it just did not strike. I guess I just saw it as one of my numerous jobs.

Jamati: When did you realize that you were a movie star? Was there one particular moment?

Van Vicker - I still don't think I am such a big movie star like that but I think I got a taste of that when I started getting calls from around the world. I was thinking to myself, “Ok hold up, what is happening to me, my life?'” The taste of stardom became more real when I visited the USA. It was amazing to see people down the streets of Manhattan as busy as New York is, stopping me for autographs and to take photos. I was blown away but I TRY NOT TO LET IT GET TO MY HEAD! I think it is a blessing for me and I thank the people who have made me what I am.

Jamati: Your female fans really love you! What was the craziest thing a fan did in your presence?

Van Vicker - Hmm, I am trying to think. I remember a lady in Minnesota started crying after she walked in the room I was to be in and they told her I was gone, she broke down in tears. And again in New York this lady just ran straight to me passing security and jumped in my arms. Another lady in New Jersey saw me at the post office and could not believe it and was just touching me all over to be sure and it was so funny. In Maryland, this lady would not come close to me because she did not want to spoil the moment of having to give me a hug so she just stayed away and breathing real hard until she could not hold it any more and then she sprung forward! All these moments I cherish and I want them all to know that whenever I see them I am confused myself and holding my breath as well.

Jamati: You're a sex symbol. How do you handle that title?

Van Vicker - Okay let's see, I try to keep in shape at all times so I stay fit. I try to look as presentable as possible. I mean if they like what they see then I MUST nurture what they see.

Jamati: You have a wife and 2 kids. How have they adjusted to your success?

Van Vicker - Yes I do have a wife and 2 kids and adjusting to my way of life has been a struggle, especially lately. I am here today and tomorrow I am there, talking to them on the phone and all. As for my wife, Adjoa, I think she is going through a lot but I can see she is a strong woman. I mean she has been used to me always being around and more like overnight everything changed. She is very understanding and it is amazing. I mean there are times where I get to Ghana today and I am on another flight the same day or the next day. God knew my destiny and just gave me the perfect one.

Jamati: You have a good woman.

Jamati: You have 2 daughters?

Jamati: Are you a tough Dad or do they just give you those puppy dog eyes and you say yes to everything?

Van Vicker - I don't think I am a tough Dad but I don't spare the rod. Whenever they get naughty and I spank them for any reason I feel like crying myself. It hurts me so much so see them cry even when it is not my fault. I want to be to them the Dad I never had. Not that I was brought up bad, actually my Mother is the best in the whole world for raising me the way she did, a single mother trying to make ends meet, making all the sacrifices so I could get good education. I just want my kids to have their Dad around because sometimes I feel I missed a part of growing up because my Dad was not there. He died when I was 6 years old.

Jamati: Where was your Dad from?

Van Vicker - My Dad was Dutch from Holland. My mother is from Ghana and Liberia.

Van Vicker - A 13 year old boy he will tell you YYYYYYYYYYEEEEEEEEEEESSSSSSS! I mean it would be the height of my career. I am certain all actors over the world would want to be a part of Hollywood, for me it would be a dream come true and that will be a blessing to count everyday of my life. Can you make it happen? lol

Jamati: Sure…I can do anything! lol. It WILL happen, I know it!

Van Vicker - My thoughts on the African movie industry are that WE ARE GETTING THERE. It's taken us a while but only time can tell and I am glad to be a part of the revolution of African movies attaining that height. I think if we had the kind of sophisticated logistics to achieve some of the things we would want to do we would be good as gold.

Jamati: You've added Director and Producer to your resume. Can you tell me about the first movie you directed coming out in April?

Van Vicker - Sure, Friday Night is my first ever produced movie. I directed it myself. I have a passion for directing. The movie will be released in April in the U.S. followed by releases in Ghana, Liberia, and then Nigeria. Nana Ama McBrown co-starred in it. It's about four married men who do mischievous things on their traditional Friday nights outing. My character Pape has a hard time coming to terms with what goes on at these outings but when he finally decides to get mischievous, he ends up in a lot of trouble, including being on national television. This is the first of my many movies to come, by his grace I intend to produce at least 7 or 8 this year. Good stories, great acting.

Jamati: Congratulations on that! Do you have a favorite role in any of your movies that you have been in so far?

Van Vicker - I can't point out any particular one but I love a movie that brings a challenge with it.

Jamati: We've covered a lot but are there things about you that your fans may not know or that you would like them to know?

Van Vicker - My website is under construction now and will be completed soon. The address is vanvickerlive.com. People can find all they will need to know, drop me an email, preview upcoming movies, premieres, when I will be in their city, and everything else. I also want people to know that the production house that is producing my movies is called Sky + Orange and the Marketer in the U.S. is called Black Star Entertainment. I want to urge all African movie distributors around the world to contact me at my website to get their share of [the]Van Vicker film collection.

I run a foundation called Van Vicker Foundation. I am trying to reach out to up and coming talents and the less fortunate with regards to movies. That website is under construction as well.

Jamati: Is the foundation in Ghana only?

Van Vicker - Well two of the recipients were competitive and three honoree. For now it is registered in Ghana but I have intentions to register it in the U.S. and Liberia as well.

Jamati: Ignore me for a minute and talk to your fans.

Van Vicker - Without you there would be no me. I appreciate all the love and I wish I could get all your autographs someday.

Jamati: Thank you so much Van for your time and for being so gracious. It was a true pleasure speaking with you. I wish you all the success in the world.

Thank you and cheers. God bless and peace out!