Jonathan Is Simply 'not' SURE! 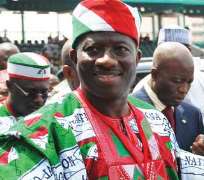 Bo Bennet said "A single question can be more influential than a thousand statements."

What one question would you ask Mr. Jonathan if you had the opportunity...? Mine would be ''Would Nigerians have voted you knowing what they know now?

In response to my weekly column for last week titled "Understanding the politics of palliatives 101". I received many responses, I randomly picked one and have it reproduced by a friend Phil Smart, he said "TRY ANOTHER LINE, FRIEND, THIS GOVT HAS NOT FAILED AND WILL NOT FAIL...FROM SECURITY, ROADS, AGRICULTURE .WE ARE SEEING IMPROVEMENTS...STOP THE BLACKMAIL…ITS NOT WORKING".

While we were at our necks exchanging conversation, I slept off.

As I slept my attention was drawn to the cancellation of the SURE subsidy palliative program by the president. It was headline in various news tabloids and one for which he was vigorously attacked as usual.

It was a sincere take by the president on the feasibility of the original SURE document prepared in the hope that there would be a wholesale removal of petroleum subsidy by January 2012, which never materialized, but was consequently partial. At least so I thought, wrongly so maybe…it was at this point that I started my short conversation with the president.

Mr. Jonathan told me the Subsidy Reinvestment and Empowerment program promised by his administration was no longer realistic. I equally recalled saying it won't work, a lot of us said it at the point just few weeks ago. Jonathan sincerely now agreed.

He told me SURE was hurriedly conceptualized in January on the heels of the nationwide protest against the removal of the fuel subsidy. I wondered why the hurry, for a population of some 160million plus, we are still not SURE what we want. I saw no reason for the rush over a project, one which the foundation was not well set.

Mr. President said the SURE program was developed with the expectation that we were going to completely deregulate the downstream sector of the oil industry, (after) the 100 per cent removal of subsidy. An unsure action if you ask me, coming on the heels of that August visit of the IMF chief.

The President told me his team or rather Okonji and co. are working on a new document based on the reality, I wondered and asked what realities, the one only Phil Smart sees or the realities that a vast majority of Nigerians are suffering.

Mr. President quickly responded reading my thoughts, he said "we don't want to promise what we will not achieve..., we cannot realize the money that we hoped for, but we will still come up with a document based on what we get".

I heaved a sigh, expectation fatigue, promises, and promises and yet more promises. My mind raced backed, Mr. Jona' had inaugurated a board for the implementation of the SURE program barely a week earlier, on February 13, with the board headed by a former High Commissioner to the United Kingdom, Dr. Christopher Kolade.

What really then is SURE in this government I pondered, except its gross disconnect with the people, what really is SURE except its trust deficit, one that it has carried from previous governments?

There are very few SURE certainties in this present crop of leaders. Its lies, its inability to get priorities spot on, its knack and love for committees and panels. Its penchant love for promises and its regular excuse that the opposition especially imagined ones won't let it work.

I asked Mr. President if he was being briefed about the Kokoma dance at the subsidy probe and all the nollywood soaps coming out of budgets presented and defended by MDA and Ministries, the look on his face was not SURE.

And the amount was arrived at after extensive consultations with the Nigerian National Petroleum Corporation and the Petroleum Products Pricing Regulatory Agency. Two very unSURE bodies based on their performance so far.

At this point Mr. Jona' snapped at me, he told me that the FEC had approved N25b for the purchase of 1,240 buses under the SURE Program.

The money was to be released to the Urban Development Bank as revolving loans to transporters under the Mass Transit Scheme. Which SURE was this one again, I was really not sure. In the last twenty years we have been doing the same thing expecting a different result. How all these mass transit buses really addresses poverty is one that only those economic whizkids of CBN and the Ministry for Finance know.

I said in my heart, we are all unSURE, in one week; worshippers are attacked in both mosque, and church at different states. Fuel queues is SUREly appearing everywhere, despite all the unSURE figures about growth, the only SURE thing is the nation is in dire times.

As I woke up, I needed no soothsayer to say Jonathan is not SURE, he needs help, whether his teeming supporters agree or not. He is not in charge, we must help him to be SURE, and none of us is more Nigerian than the other, at least for now, the earlier we are SURE of what's sure and unSURE the better for us, time will tell what is SURE about us as a people.