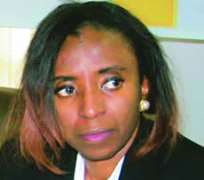 Omoigui
Prior to her appointment to the chair of the Federal Inland Revenue Service (FIRS) in 2004, Nigeria had no broad vision guiding tax policy and administration. What obtained were sundry processes and structures to formulate strategies for tax administration.

The structures and processes were mainly derived from common laws, directives from the supervising ministry of finance, tax treaties that Nigeria signed with other nations and international conventions and administrative processes that are haphazardly put in place.

This situation often gave rise to disagreements among federal, states and local governments and between revenue collection agencies. The disagreement often bordered on the nature, scope and fairness of tax revenue collections and its sharing by Federal Accounts Allocation Committee (FAAC).

However, with the coming on board of Mrs. Ifueko Omoigui-Okauru, all these changed.

Omoigui-Okauru who came with high recommendations to the Chair of the Federal Board of Inland Revenue (FBIR) - the organization that oversees the work of Federal Inland Revenue Service (FIRS) - which she also heads, initiated the boldest tax reforms Nigeria ever had and secured the now famous National Tax Policy.

With a first-class honours degree in Accounting and a Master of Science Degree in Management Science, a distinguished professional experience in accounting and management consulting, from world-class change management firms, she was expected, upon arrival, to drive the tax reforms that the then Olusegun Obasanjo administration was trying to get off the ground through her predecessor, another very resources technocrat, Mr Balama Manu.

Omoigui-Okauru's destination points, as the first female Executive Chairman of the FIRS and Chairman of the Joint Tax Board (JTB), so also her persona were common knowledge. Everyone knew, for instance, that while the rest of the world depended on tax as the major source of income for national development, Nigeria continued to depend on oil which prices and production are volatile and unstable. Tax revenue continues to place a poor second behind oil earnings, what little tax was garnered also depended highly on one form of tax - Petroleum Profits Tax - that is tied to crude oil production.

In particular, petroleum profit tax consistently contributed over 70 percent of annual tax harvests in the FIRS. Value Added Tax (VAT) - an indirect tax on Nigerian consumers follows this. This trend persisted since the reforms began.

The FIRS that Mrs. Omoigui-Okauru met in 2004 was indeed a troubled tax agency with so many problems working against effective tax administration.

Incidences of massive tax leakages and wide scale corruption were common, the outcome of alleged collusion between taxpayers and tax administrators.

Unfortunately, the system failed to prosecute corporate tax offenders, including those who owed assessed taxes for years and those who would not pay. Powerful -individuals, multinational corporations, international oil prospecting companies, and local business moguls also contributed to shrinking tax revenue by actively seeking and obtaining concessions, exemptions, and waivers from succeeding governments.

On assumption of office, Mrs. Omoigui-Okauru immediately set about the task of developing a strategy to deal with the problems and to rebrand FIRS for 'professionalism, integrity, and efficiency.'

Her objectives were to clarify the mission and goals as well as values and structure of the organization, stop leakages and corruption, secure funding to pull the agency out of the mainstream civil service pay structure and make it operationally autonomous and build the institution and its human resource. After securing her flanks, she quickly moved to prosecute tax offenders, expand the tax net, and limit the unbridled exemptions and waivers being granted by the executive. Her critical targets were to influence the adoption of a tax policy for Nigeria, amend the tax laws, and obtain greater autonomy and better funding for FIRS. She accomplished all these.

Three of the most recent major projects currently being undertaken include: re-launching of the self assessment approach to tax administration towards entrenching a more compliant tax system; the implementation of the Unique Tax Payer Identification Number project in collaboration with the State Revenue Authorities under the auspices of the Joint Tax Board, and the Integrated Tax Administration System (ITAS) Project to automate tax administration throughout the Service.

On her assumption of duty, the first place that felt her impact was the staff. In an attempt to unravel the causes of corruption in tax offices, she came to the conclusion that poverty and fear of the unknown, more than greed, drove the unethical issues. She saw that staff of the agency collected billions of naira for the government each year, but were poorly remunerated. Apart from pursuing funding and autonomy strategies, she set about reorganizing the organizational structure and internal control mechanism, training and persuading people to change their attitude. She equally set up a whistle-blower unit, which collected information anonymously to investigate wrongdoing. Security agencies were co-opted for this exercise.

Although she strictly and firmly implemented a zero-tolerance for corruption, she recognized that the staff needed financial motivation to drive the tax harvest. From the onset, she single-mindedly pursued the twin issues of funding autonomy and freeing the agency from core civil service structure. She then launched initiatives to make it easy for taxpayers to comply with tax payments without being coerced.

The FIRS that Ms Omoigui met on ground was an exclusive, opaque organization, where good corporate governance was held at bay. The organization had for sometime fended for itself by dutifully understating its earning potentials, and then over-shooting its assigned targets in order to earn annual bonus. At the same time, many of the field officers were accused of collaborating with taxpayers to promote under-assessments, ostensibly to derive benefits from their appreciative 'customers.'

Ms. Omoigui read the riot act on assumption of duty from day one. First, she initiated a new ethical code, which charges a tax officer to avoid tarnishing the image of the Service through dishonesty and impartiality in the interpretation of tax laws. Tax officers were warned to desist from colluding with taxpayers to defraud or reduce tax obligations, and to stoutly refuse gratification in any form. The Code also enjoins the tax official to be professional and diligent, and to educate and encourage taxpayers to pay promptly and correctly.

Impressed with the speed and passion with which she set about her task, the Federal Government, under President Obasanjo, came to her rescue by allowing the FIRS to keep four percent of non-oil taxes as cost of collection. In addition, the World Bank also committed $8 million to the reform efforts for the engagement of consultants.

There were clear cases of fraud, conversion, and diversions of tax revenue among big and multinational corporations. Government agencies were not left out of the fraud, engaging in large-scale non-remittance of tax arrears. There were unresolved issues of N4.16 billion from state governments, N2.3 billion from local governments, N14 billion from federal agencies, as well as $851 million and N1.2 billion petroleum profits tax that was owed to the agency. She went after the cheats.

For the rest of the good corporate citizens, she provided convenience, making it easy for them to pay. First, she abolished offices that were set up to service the different tax types, and in its place, installed integrated, one-stop offices from where a taxpayer would initiate and conclude all tax transactions. She opened the organization to the public, creating conducive tax environments, and inviting the public to forward feedback on how they were treated in tax offices. She also signed on to a nationwide enlightenment campaign that highlighted the virtues of paying taxes. She then isolated big corporate taxpayers to be serviced by a core group of officers while another department oversees the collection of small taxes.

Her final strategy to check leakages was to automate tax collection. The system, which took off in 2006, enabled taxpayers to walk into a bank and obtain instant electronic tickets for tax payments, while the FIRS desk and operation officers would have a single view of all taxpayers and all tax payments across the country from their desktop computers. Taxes paid in the banks are electronically captured and immediately swept into FIRS accounts at four pre-selected lead banks, and then to the Central Bank. This provides security for tax monies generated.

Her major task was to significantly improve tax contribution to total revenue while, at the same time, ensuring that she takes FIRS to the point where Nigeria can significantly count on annual harvests from non-oil taxes in the equation. She succeeded to a greater degree. By 2007, tax contributed 45 per cent of federal revenue, a record harvest. She started the trend by ensuring that at the end of 2004, the year that she succeeded Mr. Manu, the target had shot up to meet and surpass the N1 trillion mark.

FIRS collection under her leadership grew astronomically from slightly below N1.2 trillion (about $7.9bn) when she came to office to over N4.2 trillion (over $28bn) in 2011 (almost four times the collection figure of 2004).

This excellent and record performance in addition to the reforms introduced have placed FIRS in an enviable position and earned the Service excellent recognition by way of several corporate awards.

In her personal capacity, she has received numerous awards amongst which are, Member Of the Order of Niger (MON), Member of the Federal Republic (MFR), the Zik Prize Award in Leadership and an Honorary Doctor of Science Degree. She is enlisted as a member of the Women Hall of Fame, National Women Development Centre, Abuja. She also is an active member of the Nigeria Economic Summit Group and the National Economic Management Team (NEMT). She is also a member of the United Nations Committee of Experts on International Cooperation on Tax Matters amongst other international bodies.