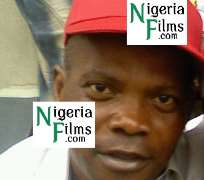 Kosoko noted in an interview on Thursday that his colleagues least expected the thespian's demise, especially “when we felt he was getting better.”

Kosoko, who said the deceased had been battling with the heart-ailment for some time, prayed God to continue watching over the rest of them.

He noted that since death is an inevitable end for all men, there is nothing anybody can do whenever it comes.

He said, “The death of Lekinson is disastrous. He died at 5pm on Wednesday January 25,2012 as colleagues were taking him to the Ladoke Akintola University of Technology Teaching Hospital, Osogbo, Osun State.”

He notes that he was a fine actor who would be sourly missed by all his colleagues.

Latin said, ''His death is shocking. He was a very good actor and brother. We will all miss him.''

Many watchers of Yoruba films will miss the actor who usually reeled out names of major cities of the world in a bid to fleece victims whenever he was playing the role of a fraudster.