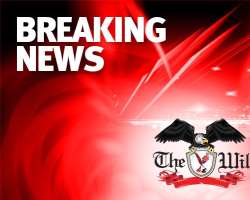 ABUJA, February 22, (THEWILL) - The Police Service Commission has dismissed Mr Zakari Biu from the Nigerian Police Force after it indited him following the escape of Boko Haram suspect, Kabiru Sokoto from police custody.

This was announced in a statement signed by Mr. Ferdinand U. Ekpe on behalf of the chairman of the commission, Mr. Parry Osayande today in Abuja.