IN THE FACE OF CORRUPTION, GHANA'S RULING PARTY IN JUJU APPREHENSION 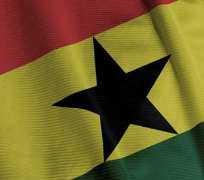 Almost ten months into the 2012 general election, Ghana’s ruling party, the National Democratic Congress (NDC), appears to be in never-ending turmoil. The restless ex-President Jerry Rawlings, the alleged founder of NDC, failing to control President John Atta Mills since he came to power over three years ago, have been tormenting President Atta Mills.

Today, corrupt payments scandals have hit the NDC, making it dangerously falling over itself in bizarre episodes that may see the party loose the 2012 general elections. The exposé is in the latest Auditor General’s report that said the government had corruptly paid US$35 million to an NDC financier, Alfred Woyome, in payments not relating to Woyome directly in the termination of a construction contract by the government for stadium refurbishment in the run-up to the 2008 Africa Cup of Nations.

As on-going investigations reveal, the US35 million payments was actually a planned, elaborate schemes by Woyome and some NDC big-wigs to defraud Ghana. In the NDC’s confusion, President Atta Mills, a former professor of law, initially defended the Woyome payments. But as the issue is increasingly becoming intensely scrutinised, President Atta Mills pathetically took about-turn, forced some Ministers to resign and ordered the anti-corruption outfit Economic and Organised Crime Office (EOCO) to initiate investigations. The EOCO’s recommendations’ saw Woyome and some bureaucrats arrested, yet the EOCO report is brutally contested, as it leaves a lot of people and institutions out of the corruption loop.

Despite this, more questions remain as most Ghanaians are convinced that the full facts of the Woyome-$35-million-fraud issue have not been exploited. The crises in the NDC, the result of feeble internal democracy, is so troublesome that the party’s chair, Dr. Kwabena Adjei, on January 10th, wrote a strongly worded letter to President Atta Mills, enjoining him to arrange a crisis management meeting to address the NDC’s dilemmas that have the “potential of collapsing the party.”

Expectedly, the main opposition, National Patriotic Party (NPP), pounced on the NDC’s grave shortcomings. Its flagbearer, Nana Akufo-Addo, acidically said Ghana under President Atta Mills is in a “state of leadership paralysis.” The NPP argues that the “NDC problems are destroying Ghana's” democracy ”image.” But the real fact is the NDC problems are rather helping to deepen Ghana’s democracy, as all the cogs of democratic tenets are on full throttle.

But more outrageously not all NDCs see the crises within their party as issues of governance paralysis, accountability, the rule of law, and criminal-mindedness. “NDC blames Mills’ failures on ‘Juju,’” headlined the Accra-based The Statesman. Yaaba Yamike, reporting in The Statesman after interviewing some NDC officials said, “In a desperate attempt to find reasons for the abysmal performance of the Mills-Mahama led administration, the National Democratic Congress has accused the New Patriotic Party of casting a magic spell on its Ministers of State and other functionaries of the Mills-Mahama led administration.”

How do you comprehend this in the year 2012 – where people who are supposed to be highly rational and proffer sane solutions to real problems facing them, as all civilized people do, rather than offer silly reasons for their indiscipline? How do you blame evil spirits for a government’s poor governance? Is something wrong with the intellectual capacity of the NDC elites?

But for Japhet Baidoo, an NDC constituency campaign manager, this isn’t so - many Ministers of State and government functionaries are under demonic, negative juju-marabou spiritual spells, cast by the NPP, that have made the NDC “incapable of taking full control of their responsibilities,” and more outrageously, “their brains spiritually tied by the opposition NPP.” How despicable, backward can one be in the architecture of the touching global prosperity ideals?

Japhet Baidoo’s thinking is familiar NDC line. In May last year, the NDC Municipal Chief Executive of Bekwai, in Ghana's Asante Region, Asante Manu, strongly maintained that the NPP is using negative “spiritualists” to cast spells on ex-President Jerry Rawlings that has made Rawlings misbehaving and cause the internal conflicts within the NDC. The datum is, as much as everyone knows, Rawlings isn’t under any demonic spells cast by the NPP but rather he is indiscipline and has severe emotional problems that emanates from the dysfunctional family he comes from.

The critical detail is the NDC fiascos are due to the flowering rigours of democracy, more so the struggles for accountability and transparency, and not some colossal evil spirits scheming against the NDC cast by the NPP. Where in the world can one point to the fact that a government’s poor management is the work of evil spirits cast by an opposition party? Are Ghanaian elites suffering from declined intellectual capacity so much so that they cannot rationalise issues and blame developmental challenges on demons?

Japhet Baidoo and his NDC folks think so because of the culture they were born into, part of which socializes its people, no matter their level of education and age, into believing in evil spirits and other counter-productive superstitions as responsible of their existential challenges. The concerns are in Japhet Baidoo and the NDC brains and the culture that formed them.

The on-going Ghana/African enlightenment movement take exception to Japhet Baidoo’s irrational thinking. The NDC’s failures aren't the cause of any negative juju-marabou spiritual spells but rather their indiscipline, parts of which come from the dysfunctional party structures that are ruling Ghana. The NDC reflects the inexcusable kind of elites leading Ghana's/Africa's development process, where rational capacities are increasingly finding it difficult to reconcile with the powerfully entrenched ancient irrational forces.