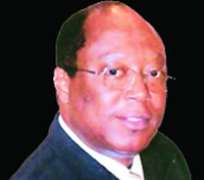 • Osunbor
Ahead of the July 14 governorship election in Edo State, NDUBUISI ORJI writes on the Peoples Democratic Party (PDP) aspirants jostling to unseat Comrade Adams Oshiomhole as governor of the state.

The Peoples Democratic Party (PDP) is gearing up for a spirited fight for the control of the Edo State Government House. To wrestle the state from the Action Congress of Nigeria and the incumbent governor, Comrade Adams Oshiomhole, the PDP first of all has to conduct its primaries where it will select its candidate for the July 14 gubernatorial poll.

For the PDP in Edo State, the governorship primary is not just like any other primary, it has held since 1998. This is going to be a make or mar primary. It is in fact the most crucial factor in the party's campaign to unseat the ACN in the state. If the party wins the primary, it stands in a vantage point to win the governorship poll. But if it loses the primary, the election is as good as lost for the PDP. Winning the primary means selecting the best candidate in a rancour free manner. This obviously is not lost on the leadership of the party.

At the last count, no fewer than the five aspirants have indicated interest in the governorship ticket of the party. The aspirants the includes immediate past governor of the state, Professor Osareheimen Osunbor; former majority leader of the state House of Assembly and erstwhile Niger Delta Development Commission (NDDC) commissioner for the state, Hon Matthew Iduoriyekemwen; former presidential aide, Professor Julius Ihonbvere; an educationist, Kenneth Imasuangbon and former director of Army Corps of finance, General Charles Airhaivbere.

The six aspirants will be slugging it out in the primary election scheduled for February 25 this year. The sixth aspirant, Mr. Jacob Idinye recently stepped down from the contest. He said he would not support Airhiavbere.

Expectedly, all the governorship aspirants are putting up serious fights to ensure they emerge the party's gubernatorial standard bearer.

The aspirants and their chances
Professor Osarheimen Osunbor
Professor Osareheimen Osunbor is the immediate past governor of the state. Prior to his election as governor, he was elected into the Senate on the platform of the PDP in 1999 and 2003 to represent Edo Central Senatorial district. Before his foray into politics, the former governor was a professor of law at the Lagos State University.

Ordinarily, the contest would have been a straight fight between Osunbor and others. But that is not the case.

The former governor bears a heavy political burden. Most of the party bigwigs owe him solely responsible for the losts of the state to the opposition in 2007. Party stalwarts also blame him for the crisis that rocked the party under his tenure. A charge the two time senator has continued to deny.

He told Daily Sun a in recent interview that the loss of the governorship seat was a conspiracy aimed at pacifying the opposition and not his making. 'If anybody is holding me responsible, I will say the people are not sufficiently informed to really know what happened at the tribunal'.

His recent entrance into the race changed the tempo of the contest. His greatest strength in the contest is his strong grass root support base. Besides, he is known to have remained with the PDP in thick and thin. This may also count in his favour.

The former NDDC commissioner says he is the most suitable candidate to take on Oshiomhole in the next election. He said this is because he is the people's candidate. ' My entrance into the race has been like that of a mass movement I know that in a free and fair contest in this state, any day, any time, there is no way the incumbent governor can beat Matthew Iduoriyekewmen. Edo people see me as one of them. They know me. Edo people are always with me. They see me as a symbol of the new generation leading them into the future', he stated.

Professor Julius Ihonbvere
Professor Julius Ihonbvere was the Special Adviser to the president on Project Monitoring and implementation during the administration of former president Olusegun Obasanjo. An intellectual, he had a stint in the academic as Professor of Political Science in the University of Port Harcourt. He later worked with the Ford Foundation before joining politics.

In December 2006, he made an unsuccessful bid for the PDP gubernatorial ticket in Edo. He lost to former governor Osunbor.

His greatest strength is his formidable structure across the length and breadth of the state. Besides, he has always remained with the party in good and difficult times.

Kenneth Imasuagbon
Kenneth Imasuagbon, a lawyer by training first set out to govern the state on the platform of the PDP preparatory to the 2007 election. Before the election, he alongside other PDP stalwarts left the party to form ACD which later became AC and now ACN. When he failed to clinch the AC governorship ticket in 2007, Imasuangbon returned to the PDP.

Once again, he is seeking to fly the PDP flag in the governorship election in the state. An early starter in this year's governorship contest, the Abuja based lawyer, educationist and business man has been unrelenting in its campaign for the PDP ticket. He has the structure and is seen as a match for Oshiomhole if he clichÃ©s the ticket.

Charles Airhiabvere
Charles Airhiavbere was a general in the Nigerian Army until recently. He was also Director General of the Nigerian Institute of Strategiec studies (NIPSS). A one-time director of Army Finance, he joined politics immediately he retired from the military in the last quarter of last year.

Though a new comer to politics, he has general since his retirement last year been reaching out to key political players across the various political parties in the state to help him realize his governorship dreams.

He is said to have a large financial war chest to prosecute the primary election and the main election if he is chosen. Airhaivbere's greatest strength in the contest perhaps lies is his deep pocket.

Determining factors
From all indications, the outcome of the governorship primary will be influenced by four key factors: the relationship of the various aspirants with the party leadership, their loyalty and commitment to the party, their personal pedigree and marketability and the senatorial zone they hail from.

However, the leadership of the PDP in the state has continually denied that it has narrowed the governorship contest to the Edo South or any senatorial district. The state chairman of the PDP, Chief Dan Orbih told Daily Sun in an interview that his party's greatest preoccupation is a candidate that will win the election for it irrespective of the zone where the candidate is from.

'We don't have any plan to pick any particular candidate from any particular senatorial district. But our plan is to present the best candidate that will win the election for the party in Edo. We want a very good person to come on board so that he can right the wrongs of the Oshiomhole administration', he stated.

The denial notwithstanding, those in the know say the talks of narrowing the contest to Edo South is real. Those pushing the Benin agenda argue that a Benin candidate is the best bet to defeat the sitting governor. The calculation is that the Benis are more likely to vote for their son than voting for Oshiomhole. Especially as the ACN leaders in the zone are said not to be happy with the zone's lot under the present administration.

But Ihonbvere demurs. He said the best strategy for the PDP is to take the battle home to Oshiomhole by picking a candidate from Edo North where the governor hails from.

The former presidential aide who is also from Edo North states that ' the best strategy would have been to pick a candidate from Edo North to engage him(Oshiomhole) there, so that he will not appeal to ethnic, regional or cultural sentiments.' Idinye says the most important thing at this juncture is for the primary election be done in such a way that its outcome will be acceptable to all the aspirants and the various interest groups in the party. He warns that anything outside that will be counterproductive.

His words: 'if we really want to remove the governor, we must be able to do our primaries in a proper way. We must come together and work as one. It is only one person that can govern the state at a time and that governor must come from PDP in 2012. So, we must all work together to produce one person. We must choose a candidate who must be able to defeat the governor (Oshiomhole) in 2012.'

However Daily Sun reliably gathered that some interest groups within the Edo PDP are looking at the possibility of picking an Edo South candidate to pair him with former speaker of the House of a Assembly, Zakawanu Garuba as deputy governor. But Garuba's deputy governorship dream may just be dead on arrival. Daily Sun gathered that some interest groups are already kicking against the choice of the former speaker as the PDP deputy governorship candidate in the next election. A source told this reporter that Garuba's candidature will not give the PDP any political leverage in Edo North.

According to the source, this is because the former speaker hails from the same local government with the incumbent governor of the state. It is therefore unlikely that the people of the area would prefer a deputy governor to the governor which they already have.

Political analysts say in the event of the PDP wanting to pick its running mate from Edo North, it would serve its interest best to shop from any of the other four local government areas in the zone. Besides, some party stalwarts are also canvassing that the deputy governorship running mate be picked among the contestants.

The die no doubt is cast for the PDP. It is expected that it would shun primordial sentiments and put its best foot forward in the July 14 encounter.