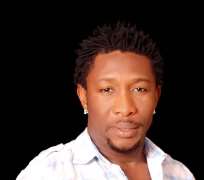 He is an award winning movie producer and has worked hard to get to where he is today but some few weeks back, some story crept into the news about him and how dishonest he had been to a business partner. But dreadlocked Tchidi Chikere has come out to say he just read the story about his owing a certain lady the sum of N5 million for mass production of DVDs of a movie he produced for her. Tchidi responded by saying that those peddling the story currently circulating on the internet are looking to achieve cheap publicity using his name.

“ I would usually not even respond to such hogwash, but let me just say this, the story is false, baseless and the worst is I don't even know where it is coming from! In this business of show biz, you sometimes hear things about yourself that make you wonder if there are two of you, some things I hear and I wonder if I have been cloned while I slept, and another Tchidi Chikere operating and doing things somewhere else. It all goes to show how the internet is being misused and it is very unfortunate. The cyberspace is free and you can write anything, any witch hunt piece against anybody you don't like his face etc and post it on the internet and people will read it and believe it. You can write that the President was drunk in your crib last night and post it on the internet under some fictitious pen name or blog and the gullible world of today will believe you. Every Tom, Dick or Harry is a blogger these days. No one calls you, no one makes the effort to hear your take on tales about you, yet when they write, they quote you! My lawyers have been looking for the gentleman/or people who started that very libelous story but they can't find him.

I charge the people peddling that story to be bold and come forward and my lawyers will slam a very huge libel suit against them in a court of law. We have laws in this country and you just don't rub mud on innocent names and think you can get away with it for long. If we don't catch you, karma will catch you. I've worked my life out to be who I am today and balderdash like this will not discredit me in the eyes of rational minded folks. For those who believe anything they read on the internet, I really don't care.” The story surfaced on the internet that Tchidi Chikere met a rich Delta State born European based model named Vida Modelo who came down to Nigeria with three movie scripts and some huge sum of money to run the production. Having allegedly met with Tchidi in Malaga, Spain, they agreed that he will produce and direct the three films for her, while she will play roles in the three films.The films and Modelo then gave Tchidi N5m to mass produce the movie which he is yet to deliver on. But in contradiction to the story which has no named byline of the author, found Tchidi guilty without trial. But Tchidi said such scenario never played out and that he never met any Modelo neither does he know anybody by that name. Asked that there can be no smoke without fire, he responds, “These days, smoke comes without fire o.

There is the smoke making machine that we use to produce smoke in movies, that machine can make all the smoke in this world without fire!” He laughed. “But on a more serious note, Do you know I used to read stuff I did in the united States of America long ago on the internet? And at the time these things were written, I didn't even have a visa to the USA! I hadn't even been to the USA then! Hello? Did somebody say there can be no smoke without fire? The only fire in the story is yes I went to Malaga last year and made two movies. That is all. Every other story is lies upon lies. Some people just want their name mentioned alongside that of Tchidi Chikere to achieve publicity, Hello, I worked to be Tchidi Chikere, folks should work too! I'm here.

I walk freely. I come and go as I like. I keep my hands clean. If I'm owing somebody 5 million naira being CD making funds as the story was written, let the people bring EFCC and arrest me, why can't they do that?” “Let me also clear the air once and for all on this Nathaniel Agaga or Engineer Agaga, who is defrauding people on the internet claiming to be my personal assistant and uses a facebook profile that bears my name, claiming to be me! I don't know him and anybody who is dumb enough to pay money or deal with just a name you see on the internet is doing so at his or her own risk. His details are with the right authorities and very soon we will catch him. There is no single public figure that is not being impersonated these days. People should beware.”Asked what he is currently up to, he told us he is on location in the east filming with Ali Huhu and Ngozi Ezeonu in a new flick titled Palace Pleasure.