POP STAR BOYFRIEND DEMANDS ABORTION – SHE SAYS...“You can go to hell & I am keeping the pregnancy.” EXCLUSIVE DETAILS YOU WILL NEVER READ ELSEWHERE 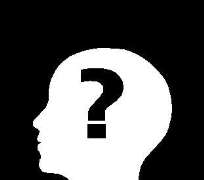 She is a known Nollywood actress who has done quite a lot of body of work in the industry – pretty, statuesque and with adorable and inviting exotic features. She has featured in many movies and has a large fans base. He is a Nigerian music star with a string of hit albums and has performed all over the world. Friends and those close to the singer say he has an incredible sense of entitlement and is not known to treat his hordes of female admirers nicely. According to reports, he uses and dumps women without any trace and feeling of emotional consideration.

In spite of this known weakness, women still flock to him. One of the women who got taken in by his charms was the actress, who travels back and forth from Africa to the US, and is currently shooting a movie in Hollywood. According to a close friend of the actress who contacted our office, the pop star is mean-spirited and equates himself to God. According to the actresses' friend whose name we will keep anonymous her friend (the actress) had met the Nigerian pop star during one of his engagements in the United States and they had become instantly attracted to each other

She was his big fan and really loves his songs and they hit it off immediately. They started dating and she was alarmed during one of their intimate moments when she discovered that he did not use protection. She screamed and told him to stop, but he told her he was not in the habit of using protection. “What if I become pregnant” my friend had asked him to which he said, “that she would have to take care of herself”– meaning she should use a morning after pill. My friend wanted to end the relationship at that point, because she was concerned about his obvious recklessness, but as a young woman who genuinely loved the pop star, she continued dating him.

According to the source “three months into the relationship, as feared, my friend got pregnant and informed the pop star who hails from the southern part of Nigeria and that was where all hell broke loose. She told my friend in no uncertain terms that she must get rid of the pregnancy and that he was disappointed that she got pregnant in the first place, He told her she was not his only girlfriend and that he has dozens of other girlfriends and he does not use protection with them, and none cane to him with pregnancy issues. He screamed at her that if she thought she could have him by coming up with the pregnancy issue, she was terribly mistaken, because he would have nothing to do with the baby and would deny the paternity of the baby.”

The friend went on to add that the pop star is mean, callous, selfish and painfully arrogant. In spite of that, my friend still loved him dearly. I mean my friend is very comfortable and didn't need his money, but he was so selfish that whenever they went out for dinner, she would expect her to pay the tab. She is just a nice and decent lady and he took advantage of her.

According to this source the actress is determined to keep the baby and is not moved by the threat of abandonment by the pop star. It is very surprising that he would feel the way he does. I mean when you have intimacy unprotected – what do you expect? Pregnancy may likely occur and for him to compare her to his other women, and how they use birth control to prevent getting pregnant for him – because that is his instruction to them, is the height of selfishness and entitlement. I am glad my friend who was very alarmed about the prospect of catching STDs from this randy pop star has been given a clean bill of health, and she is doing fine with the pregnancy. But I would like to warn him that people who play God always end up the mere mortal they are – prone to falling on their sword of arrogance.
Efforts to talk to the hip swinging crooner failed as he didn't pick up his calls the number of times we called.