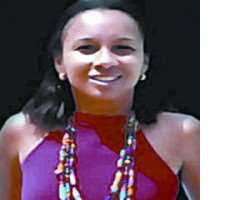 Crime: A year of fear
Finding solutions to the nation's security problems is the greatest challenge that the federal and state governments had to face in 2009. The year would go down as one of the worst, in the nation's

history, in terms of the threats to lives and properties, even though the security agents put up a strong fight. It's a year when kidnapping took the centre stage, stealing the show from other crimes such as armed robbery, advance fee fraud, assassinations, drug pushing and child trafficking. According to the Minister of Police Affairs, Dr. Ibrahim Lame, the state of insecurity in the decade that is entering its final year had cost Nigeria over $170 billion, just because the environment was not safe for investors.

To underscore the macabre nature of the activities of the Niger Delta militants, a Voice of America (VOA) correspondent in Abuja, the Federal Capital Territory (FCT), Gilbert da-Costa, recently reported that over $100 million was collected as ransom by hostage takers between 2006 and 2008. The catalogue of the most deadly crimes committed in 2009, speaks volumes about the threats, intimidations and anxieties that Nigerians and foreigners had to face throughout the year.

January
The first report on January 1 tells of the death of a kidnapped Russian, Sergey Zamolaylov, the Deputy Managing Director of the Aluminium Smelter Company of Nigeria (ALSCON), two weeks after his abduction. Also in January, militants blew up Agip pipelines, in Delta State, forcing the Federal Government to deploy troops to the region; assassins killed the General Manager, Finance and Administration, Northern Region of the Power Holding Company of Nigeria (PHCN), Kehinde Fasuba, in Ekiti State; militants attacked a Army base in Delta State, engaged the Federal Task Force in a bloody shootout in Bomadi; a village head, in Akwa Ibom, Obong Effiong Udo, is sacked along with his council over alleged involvement in kidnapping, just as the House of Representatives summoned the then Inspector General of Police, Mike Okiro, and the Attorney General of the Federation and Minister of Justice, Michael Aondoakaa, over insecurity.

February
In February, gunmen abducted Gladys Daukoru, the wife of former Minister of State for Energy and a first class traditional ruler, Edmund Daukoru, in Port Harcourt, the River State capital, making the state Governor, Rotimi Amaechi, to push for the legislation of death as reward for kidnapping.

March
Bandits, including a Law School student and a student of the University of Calabar, struck in March, killing two policemen in Ibadan, the Oyo State capital. Reports say Jos residents attacked President Umaru Yar'Adua's convoy in March; gunmen also attacked Gen. Theophilus Danjuma's fishing trawler in Ondo, killing the captain; violence in Delta claims 148 lives and the head of a community during a feud between two communities; and the police in Lagos recovered N30 million ransom as they killed the six kidnappers of a Lebanese man. Also in March, the Navy acquired warships and helicopters to crush militants; three men, including a policeman were killed by gunmen escaping through the Idimu area of Lagos, after a bank robbery and the police in Abuja arrested a woman with 42 pregnant teenagers.

May
The crime wave increased in May as gunmen on a motorbike assassinated a business woman, Patricia Habeed, at the Sacred Heart Catholic Church, Apapa, Lagos; kidnappers demanded N200 million ransom to set free Chief Oghele Ononeme, a former permanent secretary in the old Bendel State and bandits in Lagos killed an oil dealer, Monsur Akinyemi (Malla Audu), and his friend, a customs officer. On May 15, 45 persons died in gun duel between the JTF and militants at the Chanomi creek and the notorious Camp '5' at Gbaramatu Kingdom in Delta; then JTF destroyed Iroko Camp, as militants blocked oil channel. Soldiers stormed Warri, on May 18, in search of militants; 13 warlords were arrested. The war against militants moved to Bayelsa State and other hot spots of militancy in the region on May 21. Militants blew up Chevron facilities in Delta State on May 25 and the firm shuts in 100,000 bpd output. On May 27, JTF destroyed another militants' camp in the Niger Delta creeks. Ten persons died and 35 buildings were set ablaze during a clash over chieftaincy in Edo State.

June
The Navy impounded two ships, MV Chinedu and MV Chinyere, smuggling 82 of 40-foot containers with arms and cartridges hidden inside second-hand clothing materials and shoes at the Calabar Port, after the military authorities seized a Ukrainian aircraft carrying a cache of arms and ammunition at the Aminu Kano Airport, Kano. On June 10, militants blast Chevron oil-pumping station and kidnappers in Ondo, on June 15, abducted the wife of the state Commissioner for Lands and Housing, Iyabo Evelyn Basaru, and that of the Permanent Secretary, Mrs Sola Alli. Police, on June 18, smashed a 100-man bank robbery gang in Lagos and Enugu; JTF seized nine militants, recovered arms in Bayelsa and the violence moves to Ibadan in Oyo State on June 26, when robbers killed five policemen and two civilians.

July
Kidnappings go on in July, as gunmen abducted the South-East coordinator of the Federal Inland Revenue Service (FIRS), Fred Ifeorah, and his wife along the Enugu-Onitsha Expressway; it was the same day when the Chief Press Secretary to the Enugu State Governor, Dan Nwomeh, fell into the hands of kidnappers.

On July 5, the Movement for the Emancipation of the Niger Delta (MEND) launched Operation Hurricane Moses, to replace Hurricane Piper Alpha, hitting the Anglo Dutch oil giant, Shell Petroleum Development Company (SPDC) facility in Rivers State. The next day, MEND seized a ship's crew, near Escravos, blows up Chevron and more Shell facilities in Rivers State; robbers killed Deputy Superintendent of Police (DSP), shot one of his two-year-old daughters and escaped in his Infinity SUV. On July 8, the National Assembly summoned Okiro; the National Security Adviser, Seriki Muktar; the Minister of Interior, General Godwin Abbe; and the Director, State Security Service (SSS), Afakrya Gadzama, to talk on measures being put in place to curtail the trend of kidnapping and hostage taking despite the declaration of amnesty by the Federal Government.

On July 12, militants blew up the Atlas Cove Jetty in Lagos; they killed naval men, including a commander and wrecked a major manifold of the jetty, which supplies 35 per cent of Nigeria's petroleum products. Unknown gunmen, on July 16, abducted the Manager, Soccer Pools Limited, Chief Mike Inegbenebor, in Benin City, Edo State. A day after, robbers in Enugu bombed a police station and killed the Divisional Police Officer (DPO), Jonathan Ejetiga. Another gang, the next day, killed a former Permanent Secretary in Imo State, Dr. Ebenezer Iwuagwu, forcing Okiro to summon senior police officers over insecurity. He blamed governors in some parts of the country for not doing enough to ensure effective policing in their domains. He listed Abia, Enugu and Imo as the states notorious for organised crimes.

On July 26, scores died as a radical Islamic group, Boko Haram, fought the police in Bauchi. The Bauchi mayhem spread, on July 27, to Borno, Yobe and Kano States. Death toll rose to 150. The next day, 4,000 policemen arrived in Kaduna and Gombe States to arrest possible sectarian violence. And, once again, lawmakers summoned security chiefs. On July 29, soldiers killed 35 as Boko Haram's members go after a Brigadier General in Maiduguri; security agents killed 33 other members of the sect in Yobe and two in Katsina, as they freed 180 hostages. On July 30, the Senate approved N10 billion for the Federal Government's amnesty deal with militants. The amnesty ran from August 4 to October 4. The July orgy ended with gunmen killing a former Commissioner in Edo State, Anthony Eyalekhue.

August
Bandits opened another chapter in bloody robberies in Lagos on August 1, as they killed a police corporal and injured a naval officer, during a raid of the Ports Authority quarters in the state. On the same day, kidnappers abducted a consultant surgeon and the Head of Department of Surgery, Central Hospital, Benin, Dr. Zacchaeus Asogun, while attending to a patient in his clinic. Robbers, on August 5, killed four persons in Ogbomosho, Oyo State, while raiding three commercial banks. Kidnappers dressed as policemen storm Yenagoa, in Bayelsa State, and seized 53-year-old Madam Rachael Eruani, the mother of the Health Commissioner, Dr. Azipabu Godbless Eruani, at her shop at Opolo Market. They asked for a N10 million ransom.

Gunmen, on August 26, killed a lecturer at the College of Education, Ikere Ekiti, and Michael Awogbami. Five days after, a gang of bank robbers killed two and carted away about N12 million in Ijebu-Igbo, Ogun State.

September
The SSS in September paraded a Sunday school teacher, Evangelist Actor Mikehelle, who abducted a nine-year-old child, Ugochukwu Chikezie, from the Church of God Mission, Woji Estate, Port Harcourt. The next day, kidnappers abducted a Federal Director in Delta State and the wife of a commissioner in Ebonyi State, Catherine Onyeme, and Juliana, wife of the state Commissioner for Local Government and Chieftaincy matters, Mathias Adum. Another set of kidnappers abducted the Secretary to the Kaduna State Government (SSG), Wale Yayok, on September 22. They asked for N40 million ransom. Guns boomed in Zaria, Kaduna State, on September 18, as policemen engaged suspected Muslim fundamentalists in a duel. One officer and three civilians died. Six gunmen killed the Assistant News Editor of The Guardian, Bayo Ohu, in his home, at Odukoya Estate, Akowonjo, on September 21.

October
On Independence Day, October 1, militant leader, Ateke Tom, surrendered, just three days to the end of the amnesty deal. Another militant leader, Government Ekpomupolo (Tompolo), embraced amnesty on October 4, surrendered a large cache of arms in Delta State. Kidnappers, on October 6, killed a French citizen and abducted a Lebanese. On October 14, Kaduna State Governor, Namadi Sambo, accented to bill giving life jail to kidnappers. Gunmen, on October 21, seized the mother of the Speaker of the Enugu State House of Assembly, Eugene Odo, from her country home, Ukehe; another gang, on October 27, abducted Pa Simeon, the septuagenarian father of former CBN governor, Prof. Chukwuma Soludo, weeks after emerging as the Peoples Democratic Party (PDP) flag bearer for the February 6, 2010 governorship election in Anambra State. Still on October 27, the police broke a South-East kidnap syndicate behind the abduction of business moguls, Chief G.U. Okeke, Chief Anthony Enukeme and Chief Bernard Nwora. The orgy in October ended on the 28 when bank robbers killed four policemen and six civilians in Kogi and the gunmen abducted a banker's son in Ebonyi State.

December
The crime wave surged into December, as robbers on the third day of the month invaded the Lagos State secretariat on motorbikes. They snatched N1 million at a bank premises. On December 5, a communal clash in Ijebu-Ife, Ogun State, claimed the lives of more than 20 persons, including the Assistant Commissioner of Police (ACP) in charge of the area, Omolodun Oladokun. Bandits struck again on December 15, in Ogun State, killing a Divisional Police Officer (DPO) at Ogere, Simeon Ogene, and two policemen, during a bank robbery. According to the police, Niger Delta militants abducted no fewer than 128 persons during the year. Inspector General of Police (IGP), Ogbonna Onovo, told the Nigerian Compass that his men caught 1,848 armed robbers and recovered 129 cars within the first three months that he took over from Okiro.