Markets Firmer As Focus Turns From Greece To Fed 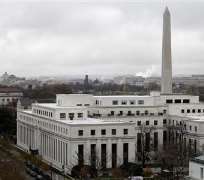 The MSCI's broadest index of Asia-Pacific shares outside Japan rose 0.8 percent and hit an 11-week high, led by the financial sector and a rally in Australia.

Australian shares rose 1.1 percent to a near seven-week high and its currency ticked higher after the nation's tame consumer price index in the fourth-quarter lifted hopes for a rate cut.

Some Asian markets reopened on Wednesday but China and Hong Kong remained closed for the Lunar New Year holiday.

Generally lower valuations in Asia relative to the United States -- with the pan-Asian index carrying a 12-month forward P/E ratio of 11.56 against 12.27 for the Standard & Poor's 500 index .SPX -- also spurred buying.

WATCHING THE FED
The U.S. Federal Reserve ends its two-day policy meeting later on Wednesday, the first of 2012, and the Federal Open Market Committee (FOMC) will start a new practice of announcing policymakers' interest-rate projections.

But expectations for a prolonged period of ultra-low U.S. interest rates and recent resilience in global stocks and the euro despite stumbling talks over Greece's bailout may strengthen downward pressure on the dollar, said Junya Tanase, chief currency strategist at JPMorgan Chase in Tokyo.

"Europe remains a concern every day, but for today the focus is on the FOMC," he said.

"The Fed suggesting the possibility of a prolonged period of super-low rate environment could highlight the dollar's relative weakness in light of a recent trend of improving sentiment."

The dollar index .DXY measured against six key currencies, hovered near a three-week low below 80 hit on Monday.

The yen reacted little to Japan's trade data which showed the country logged an annual trade deficit in 2011 for the first time in 31 years, as expected, with last year's earthquake and tsunami, weak global demand and a strong yen battering exports.

STATE OF THE UNION
A firmer tone across the markets hoisted London copper to a four-month high, with President Barack Obama's proposal in his State of the Union address to boost U.S. infrastructure spending lending support.

Oil rose, with Brent crude holding above $110 a barrel on supply concerns as Iran renewed a threat to close the vital Strait of Hormuz and hopes for stronger demand growth.

Greece kept hopes alive for a last-minute bond swap deal to avoid a messy default after euro zone officials set talks back to square one by rejecting a final offer from the country's private bondholders.

Despite the debt crisis, data suggested the euro zone may avoid a recession.

But the International Monetary Fund further chopped its estimate for 2012 global growth to 3.3 percent from 4 percent just three months ago, warning of a further deterioration if Europe fails to resolve the crisis sooner.