‘Our job is to answer all musicians’ –Questionmark 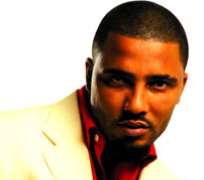 As a way of boosting showbiz in Nigeria, D'Supreme recently joined Questionmark Entertainment stable based in Lagos. The union also led to the production of a musical album, which has the hit track Sepe ruling the airwaves through many of the country's radio stations.

In an interview with Kevin Lucciano, Executive producer/CEO of Questionmark Entertainment, the track Sepe was rated among the top ten by radio stations thus confirming Questionmark's passion for excellence in showbiz.

Explaining that the outfit symbolizes passion for musical talentsthe CEO who has been in the industry for 16 years recalled his sojourn in Vijay on the famous MTVNE in Europe before returning to Nigeria eight years ago to set up Questionmark Entertainment Centre.

His words “ What we offer at Questionmark is second to none. Through our experience and expertise we can take an act from ground zero to the stratosphere of his or her dream. And our services include marketing and label consultants, studio and equipment rentals, production and events management.”
According to him when he started in Nigeria eight years ago, there wasn't much of quality sounds to take artists to Grammy Award. Hence the mission to add quality to end-customers, and the urge to make artistes see music as a worthwhile vocation.

LEGACY
The legacy we want to leave is our work. Our work will speak for us but in terms of infrastructure, we shall provide training facilities to coach artists in the areas of sounds and presentation. They need it to take them to the level of academy.

State of the industry
The entertainment industry has changed a lot. The biggest artists used to receive about N100,000 in the past, but today, that has changed. Those who could not afford a car initially are now car owners. Things are better organised kudos must also go to our local telecommunication firms like Glo which has done more than others in promoting entertainment through the popular Glo Rock 'n' Rule. Our videos used to be crabs but that has equally changed. We have been able to develop our own sounds as Nigerians. We no longer depend on foreign inputs for our listening or viewing pleasure. And 80 percent of Nigerian music today being played by our local radio and television stations.

Our artistes
They include Cobhams Asuquo, a producer and songwriter, Asa, Mode 9, Nnenna, Silversade, Streetsmonks and Catz. These artistes recorded both commercial and artistic successes under Questionmark Entertainment especially Mode 9 and Asa whose works are still ruling the airwaves.
Questionmark Entertainment in conjunction with Jyve Entertainment organized the first Questionmark Awards 'UNILAG' in 2007. And various awards categories were presented to the students, nay youths who make the industry thick. We have also participated in the following show platforms namely: Lyricist Lounge, West African Idol and After Party.

Songwriting in Nigeria
The Song writers I know about in Nigeria's music scene today basically are: Sound Sultan, Cobhams Asuquo and Ty Bello. These artists write songs for real music while others write for party music.

NMVA
Nigeria Music Video Award (NMVA) is a great idea. It encourages Nigerian artistes to work harder so that those who have not won the award can be nominated and win subsequent editions of the award. The truth is that awards such as Hip-hop, Sound City or NMVA help to spur artistes to improve on their craft for better development and growth in the entertainment industry.

The impact of streetlights on nightlife in Lagos State
It is already making brilliant and wonderful impacts on nightlife in Lagos State compared to what we used to have. Governor Babatunde Raji Fashola (SAN) has brought peace to the State through rehabilitation of streetlights and reconstruction of roads. People are no longer concerned about robbery. He has done well for the entertainment sector too.