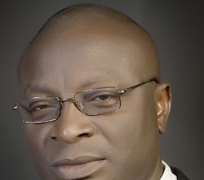 BY GBENGA OKE
Mr Edebiri
CHIEF Solomon Edebiri is a governorship aspirant on the platform of a Coalition of Progressive Political Parties (CPPP) in Edo State. In this interview after his declaration in Benin, Edebiri bares his mind on political situations in Edo and maintains that both the Peoples Democratic Party, PDP and the Action Congress of Nigeria, ACN, have let Edo people down. Excerpts:

Looking at the PDP and ACN structures on ground, what are your chances in the governorship race?

Looking at the political structure of the state, I looked at my party, the Peoples Progressive Party (PPP) and the strength in terms of structure. We looked at other progressive parties and everyone seemed to agree that singularly, it could be difficult to take on the might of the PDP or ACN. Therefore, it became necessary that the CPPP be put together.

We have been working on that for the past one year and six months, we were able to reach a consensus that the likes of CPC, ANPP, LP and PPP can come together to form a coalition that would herald the new government. In the last six months, we have been able to fine-tune the process; opening up the competition to interested parties to make it democratic in nature and hoping that we will be able to choose our own candidate.

Our conviction is in the hope that the people have already come to the knowledge and reality of the fact that PDP has nothing to offer and ACN is posing a showmanship business and has nothing to offer as well. The people of this state rest their hope in the third option that a new hope will come. Recently, they began to see the light at the end of the tunnel when the progressives came together and say we are going to present one candidate.

Seeing Solomon Edebiri, as one of the options in the coalition, the hope of the people began to rise. As I speak with you, we are receiving more solidarity from different arms of the state; PDP members, ACN members and other political parties, who have just keyed into the coalition. So, it is going to be a situation where the people will speak against few individuals.

What are the new things you intend to put in place if elected governor of Edo State?

That is what you see the government doing. There is nothing new to do, it is starting afresh. This state will begin afresh. If you look back 20 years this state was created, between 1991 and today, there is no industry that has been sited in Edo State and no one industry has been revived. What has happened is that existing ones have gone into demise.

So, we are in an era where the government is for the rich and the poor are strangulated and left to suffer in silence. We are coming to say that the poor will have a life, we will bring succour to their lives, we will change their fortune for the better and we will bring that school fees down.

We will bring up a system that students can go to school whether their parents have money or not. They would achieve their dreams of becoming a doctor, an engineer, a sociologist, a philosopher or whatever they ever dreamt to be. We will help them to aspire to the highest level that they ever plan to be.

At the end of the day, they will become instruments of progress to the state because we will give them employment where they can contribute to social security fund that will support other people like them in the future to go and do the same.

What have you done for the people of Edo State that will possibly make them to support your candidature?

One way or the other, politics allows us to sing our praises and sometimes you will begin to lie. I believe that my past works are evidence and people can sing of it, which of course is better. But because you have asked this question, I will say a few.

As the President of Nigerian Institute of Welding, I influenced the establishment of the National Centre of Welding Engineering and Technology in Edo State, which will play host to all engineering research and technology, material testing and stratification.

There is an insinuation that the CPPP is being funded by the PDP. How true is this?

If am chosen as the coalition candidate, of course, I will become the leader of the coalition and therefore I cannot be dictated for. I will dictate the pace. It is my own choice to join them or not to. But my principle will not allow it.

If I pick up the coalition ticket, I will pursue the progressive ideology to the last and I will wait for the people to say no at the polls, which I am convinced they will not.

Do you have the financial weight to match the power of the PDP and the incumbent?

The time has come when finance issue will be downplayed in Nigerian politics. History has proved that people can defeat the incumbent. If the incumbent is not a popular person, is not a popular government, history has proved that that candidate, that incumbent can be defeated. You can go round and check in African countries, in European countries, in Nigeria. We know what happened in Imo State. We are aware and it was strongly rumoured that you cannot defeat the incumbent but today the story is different.

These are the issues that will determine the next election. I must also let you know Edo people have become wiser. They are not the same Edo people we saw in 2007.

This time around, they are ready to face the issues. They are ready to determine the issues based on the appearance and capability, the presentation of the candidate. It is no longer a showmanship era. The drama days are over. It is time for real action. I am sure they know who they will choose.