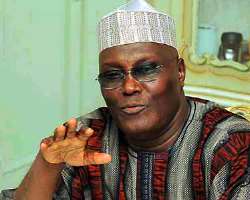 For a wide majority of Nigerians, the subject-matter of corruption has been the bane of development in the country.

It is also true that almost every government in the country, especially since the return of democratic rule in 1999, had been mouthing anti-corruption initiatives as a policy of government.

It is in this direction, perhaps, that the administration of former President Olusegun Obasanjo created two institutional watchdogs in both the Economic and Financial Crimes Commission (EFCC) and Independent Corrupt Practices and other related offences Commission (ICPC) to keep corruption under checks in the country.

But as much commendable the anti-corruption drive of the Obasanjo's administration was, it fell short of credibility in the public space as it appeared that the president created both the EFCC and the ICPC for the purpose of political witchunt.

Indeed, it got to a point in the life of that adminstration that any time either the ICPC or the EFCC bared its fangs against any individual, it could be well percieved that such a person had had a personal issue to grind with the president.

Examples of such situations abound in both the corporate and political circles. In the corporate world, it would be recalled that th EFCC stormed the private residence of Mr. Mike Adenuga, the Chairman and Chief Executive Office of Globacom on phantom charges. It was shortly after that incidence that Globacom relocated a great percentage of its equity investment in the Nigerian telecommunication industry to neighbouring Ghana, in the company's bid to find a safe haven from the stranglehold of political witch-hunt by the then government of the day.

It would also be recalled that operatives of the EFCC, in not less than three different occasions, stormed the headquarters of the Bank PHB, in search of incriminating documents or bank accounts linked to some people in government.

In the political sphere too, a lot of gladiators fell to Obasanjo's whimsical blows. It is absolutley true that a lot of those captured in the anti-corruption war among the political class were very guilty of the charges preferred against them. In fact, but for the liniency in judicial pronouncements, many of the former state governors accused of corruption, by now ought to be cooling their feet in jails.

But if there is one individual who was falsely portrayed as corrupt during the Obasanjo's presidency, that person is the former vice-president, Alhaji Atiku Abubakar.

That President Obasanjo weilded all this might to push the former vice-president down on allegations of corruption and had him tried in several courts and legislature on several accounts, is now history.

The whole nation was made to believe that Atiku had his hands everywhere in the national economy, especaily as regards sleaze in government business. From the sale of public enterprises by the Bureau Public Enterprises (BPE) to illegal withdrawals from the Petroleum Technology Development Fund (PTDF) and the Commonwealth Games in 2004, the Obasanjo's government painted the vice-president of that administration in bad light, in a manner of calling the dog a bad name in other to hang it.

While the nation later got to know that the reason why the government pictured Atiku as being corrupt was to deny him the opportunity to contest the 2007 presidential election, no court or independent probe panel has ever found the former vice-president guilty of any corruption charge whatsoever.

Just recently, the Senate finalised its probe on the sale of some public enterprises by the BPE. And, curiously, at no where in the senate report was the name of Atiku mentioned as having done anything wrong with the sale of NITEL or the Ajaokuta Steel Rolling Company or any other parastatal for that matter.

Since leaving office five years ago, the former vice-president has never been indicted by any probe panel, nor his name traced to any discovery of fraud.

It therefore appears to me that the perception of the former vice-president as being corrupt is more of a fiction than a fact. At least, that perception is yet to be supported by any emperical submission.

Titilope Kehinde wrote in from the Federal Capital Territory.