Much Ado About Danger Video 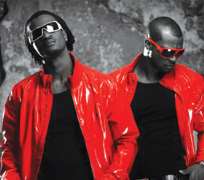 It is no more a secret that the new video, recently put on air by the twin brothers of the Okoye family that are popularly known as P-Square in the music scene is generating interest.

However, interest is not the only thing the video is generating. On a daily basis, the video seems to have a magnetic force through which controversies cannot be far from it. As such, it is making many friends, critics and in some cases, even enemies.

The bone of contention is that many industry followers said the video is not only lacking the depth and creative touches required in a video that is expected to, at least, headline the new album of P-Square, who have been spectacular in terms of their musical composition and videos.

Apart from the issue of depth, there are many that say the video does not measure up to the standard previously set by P-Square with videos such as Do Me, More Than A Friend, No One Like You, Temptation Remix or even Seniorita and many others. All these videos have the required professional touches, including the directorial ingenuity that delivers the creative input, technological backing and other enhancements that make them all top class. Many, on the other hand, simply do not like the video because they see it as only interesting to children, but not meaningful to adults.

The issue of originality also comes into the picture because some people are equally insinuating that though not exactly the same, the video lacks originality as it plays around the concept of a video shot by American mega hip-hop star, Busta Ryhmes, with the title Dangerous years ago. Though the video was shot many years ago, a lot of people, especially those old enough to savour the excitement of the industry at the time, still remember how hit it was.

However, what binds the two videos to each other might actually go beyond the issue of that of P-Square (Danger) being a noun and the second being an adjective (Dangerous).

So, if this assumption were a house, the foundation of the argument would have been made even stronger by the response of the director in question, Jude Okoye, the elder brother of the musicians and director/producer of all their videos.

Speaking to nfc, Jude seemingly aware of the threat the comparison of the videos poses to his status as a good director.

“I have shot the video and I have shot it. Anybody can compare it to any other video he\she wants to compare it with, either in Nigeria or abroad and that would not change anything now.

“I have nothing to say about it because I don't just care anymore. Just imagine some journalists going as far as insinuating that I am not the one that shot those videos, saying that I just put my name on them. So, I don't really care what they say or do as long as I do my part,” Jude, who fondly refers to himself as 'Engees', said.

In his reaction to both the need for better videos and controversy surrounding the latest of P-Square's videos, TV presenter and Chief Executive Officer of Callivision Network, Cally Ikpe, said: “That is the essence of the Nigerian Music Video Awards whereby we try to encourage excellence and inspire people in the music industry to shoot better videos by recognising those who have tried to do that.”

On Danger video, the initiator of the recently held and successful NMVA, added:

“There is no one work of art or performance that is exactly the same as another one. One might actually inspire the other one, but they are definitely not the same. They are two different songs, so how can the videos be the same?

“P-Square is a very notable name in the Nigerian music industry and I do admire them a lot.

“They are very hardworking people and even though I cannot speak for them, it is really a family that I respect in the entertainment industry. They won four awards last year, in the previous (2008) edition of the Nigerian Music Video Awards. They were actually the big winners of that year.”

Speaking in the same vein, Production Supervisor of Callivision Network, Tolu, told Saturday Independent that he does not see anything wrong that the director has done, especially since there is no categorical evidence that they have sampled the American star's video.

“Original or not, the thing is whoever directed it has a thing or two in mind and it is original to the director. Every director of a music video always has something in mind he wants to pass across. It might not be the perfect or necessarily the same way everybody would interpret it but it is still original to the director. I don't really agree (that Danger video is a duplicate of Busta Rhymes' Dangerous) because the fact that Rhymes did it does not mean it was his idea or unique to him. Really, there is nothing new under the sun; many of these things are about picking what someone has done and modifying it, and don't forget there is difference in equipment,” he said.

Perhaps, the fire of the raging controversy was kindled by P-Square themselves when they announced earlier that Rhymes, who should have been in the video changed his mind, citing security as the reason. In an interview with Saturday Independent at the time of the album launch, the twins said:

“Yes, we were supposed to feature Busta Rhymes and some other American acts and it was not as if he was forming. We met him one on one and discussed about the song and that he was going to come to Nigeria to do the song with us, but he started hearing about Niger Delta because we invited him for a show in Asaba, Delta State. He started feeling that he might be kidnapped. I think it is a lesson to Nigerians too. We have to be aware that this Niger Delta issue is not giving us any good name at all, rather it is destroying our image both inside and especially outside the country. “It is affecting us seriously outside the country, but people do not know.”

Maybe this comparison and replicate assumption of the Danger video would only go away when another P-Square video hits the airwaves and it might just be the cross they have to carry, but nobody should underestimate what they have done to move the music industry forward, from the days of Last Nite and the mind-blowing Seniorita that paved the way for them to the CORA awards held in South Africa that year.