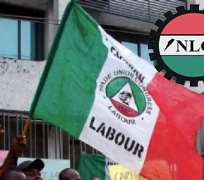 The decision of the President to remove the subsidy on refined petroleum products is generating “anger”, protest and at times insult of our leaders by some in the media. The Nigerian Labour Congress (NLC) and the Trade Union Congress (TUC) have called a strike for Monday 9 January 2012 to "protest” the decision of the Federal Government to remove the subsidy. The government has, frightened by the “intensity” of the protests, been panicked into creating the Kolade Panel and/or the Belgore Panel and announcing some hastily considered “palliative” measures.

It should not have panicked. And it should not have created the Kolade Panel. The trade unions do not govern Nigeria. The Kolade Panel is a needless resurrection of Abacha;s Buhari-led Petroleum Trust Fund (PTF). The PTF is dead and buried. The Panel will be another opportunity for rent seeking and an arena for contest over rent distribution. Instead, all savings from the removal of the subsidy should go into the Federation Account and be managed by the Federal Ministry of Finance (joint, perhaps with Federtal Ministry of National Planning). There is no need to create yet another costly agency for extra-budgetary expenditure like the MDGs office.

Perhaps emboldened by the Federal Government’s panic reaction to the protests, the labour unions have vowed to proceed with their strike action in spite of an injunction issued by the National Industrial Court (NIC). The NLC leadership has derisively described the court injunction as “black market injunction purchased by the Goodluck Jonathan government.”

There is no legal reason for the NLC and the TUC to embark on this action. The removal of the subsidy does not directly affect the rights of workers and their terms of employment. The decision does not abridge their contract of employment in any way.

The subsidy removal decision is a political decision, not a labour/employment decision. The NLC is not a political party. The TUC is not a political party. Their leadership was not elected by the Nigerian people. Unelected, the trade union leaders cannot claim to speak for the Nigerian people. And their statements since the government's announcement of the subsidy removal decision have been inflammatory, and very abusive of our government and its institutions.

Over the years, we have granted ample political space to the unions that it should not have. We did this for a reason - the prohibition of political activity by successive military governments. With the return of democracy and elections, it is time, in my view, to act to ensure that Nigerian trade unions limit themselves solely to industrial/labour issues that directly affect their membership.

It is time, to put it differently, for Nigeria to apply the lessons from Thatcher's taming of British trade Unions.

In the 1970s, British trade unions were a law unto themselves. No week of the month went by without an industrial action by one trade union or the other. Life was very miserable for the average UK citizen. Until Margaret Thatcher took them on and tamed them for good. More than two decades on, British labour unions are yet to recover. In South Africa, the power of trade unions has been curbed. And it is not as though the country has forgotten the critical role that trade unions played in the anti-apartheid struggle.

Nigeria's trade unions should stop meddling directly in politics. It is outside their warrant as non-political organizations. Trade union leaders must stop issuing one ultimatum after another to our government and seeking in various ways to humiliate an elected government. These union leaders do not govern Nigeria. A government elected by the Nigeria people governs Nigeria. Their lawyer, Femi Falana, must stop his ex cathdra statements to the effect that the subsidy removal decision is “illegal”. He has no warrant to do so. Only competent courts have the warrant to declare any decisions of government “illegal”.

President Jonathan must not cave in to the demands of unelected individuals. Nigeria is a democracy where anyone who prefers a different set of policies can pursue their preference through the ballot box. Elections provide the opportunity for policy changes. The next elections are not too far away. Anyone, including the labour unions, unhappy with the subsidy removal decision should wait for the 2015 elections to cast their votes against the PDP Federal government. That is their right. They do not have a right to needlessly escalate tension and cause irreparable harm to the good and health of our country.

Noone has appointed the labour unions, the Nigerian Bar Association (NBA), and unelected per-diem civil society organizations as unaccountable guardians of our collective good. These organizations must operate within the laws of our country. And that includes not engaging in outright political agitation since they are not registered political parties and/or organizations.

The unions’ claim to be acting to protect the masses is without merit. Their very actions impoverish the masses by their very actions. Transport fares will rise tomorrow. Food prices will rise as hoarders and profiteers seek to make a killing. The NLC and TUC should instead ask the Road Transport Union to encourage its members not to hike transport fares by 100%. Similarly, they should encourage the market unions and sellers union and traders union and all the other unions too many to mention act against hoarding and profiteering.

The unions are asking government for “palliative measures” and other such things to ameliorate the adverse impact of the removal of subsidy on the “masses”. There is nothing wrong with this. But then, what about the responsibility of the unions to their own members? What did the Unions do with all the billions of naira doled to them by previous Nigerian governments for mass transit?

Our trade unions are no longer heirs to the great legacy bequeathed by the Nigerian labour movement of pre-independence days. Trade unions such as ASUU have played a very condemnable role in Nigeria's recent history. They have messed up our education system with endless and purposeless industrial actions. Today, Ghana's higher education system is said to be better than ours. We transfer, through the tuition paid by our students studying in Ghana, billions of naira annually to Ghana.

As well, we transfer billions of naira to the owners of private higher education institutions in Nigeria. And to India, the UK Thailand, Malaysia, Poland. The exodus of children of the rich and connected from our public schools means that there is no constituency for these schools in influential circles. Who loses? The poor; they receive low quality education; spend an uncountable number of years before they graduate, and graduate with degrees that the labour market has little regard for. We can improve the funding of our universities by introducing and raising tuition fees. But this self-evident action is impossible. No government dares because the labour unions will call a strike and paralyze the country.

It is time to free policy and decision making from the stranglehold of unaccountable and unelected trade unions.

Nigerian trade unions have never gone on strike against corruption, Boko Haram, sexual harassment in our universities, the declining quality of education (they blame government all the time but not poor teacher and teaching quality), Nigerian's slow rate of economic and social development etc. Thousands of poor Nigerians die needlessly in government hospitals due to strike action by unionized doctors. Corpses rot in the morgues.

The unions must respect the order of our courts. Should they proceed with their strike action tomorrow, government should make it clear to them and their leadership that they cannot, without consequence, disrespect our courts and our laws. The Unions are not and cannot be above our laws and our courts.

Well-meaning Nigerians should advise the NLC and the TUC to abide by and respect the decision of the National Industrial Court. If they choose not to, the Federal Government must deal with them as appropriate within the law. If the laws do not now exist in our books to deal with union’s disrespect of courts and our laws, then our lawmakers should examine with care the legislation introduced and enacted by the Thatcher government to tame British Unions and see how they can be introduced in our context. And do so expeditiously.

The anarchy of union power must stop. It is time to reform our trade unions for the good of the country. The unions must learn that strike action must be an instrument of last resort, not the default protest instrument. They must also understand that they are not a political party and as such must restrict their actions to issues that directly affect the terms of employment of their members. The subsidy removal decision does not affect directly the terms of employment of members of the NLC and TUC.

Written by Mr. Kasirim Nwuke, who can be reached by email at: [email protected]